The 46th Harbin Ice Lantern Art Fair -- as part of the annual Harbin International Ice and Snow Festival -- will kick off in Harbin Zhaolin Park on Jan 1, according to the organizers.

Launched in 1963, the fair is said to be the birthplace of Chinese ice lantern art and is also an important winter entertainment venue for locals and tourists.

This year’s fair will set up five areas for visitors to admire ice sculptures, participate in ice and snow entertainment activities, make their own ice lanterns – as well as promote the long history and profound culture of Harbin in ice lantern making in an exhibition.

The fair will highlight a landmark ice sculpture in front of the south gate of Zhaolin Park, which will show the historical accumulation of ice lanterns in Harbin over more than half a century.

It will showcase the rich cultural heritage and development footprint of Harbin as a famous ice and snow tourism city.

In addition, an exhibition featuring the objects, photos, paintings and calligraphy that reflect the historical evolution of Harbin’s ice lanterns will go on display.

To refresh the memories of Harbin’s residents about old-style ice lanterns, craftsmen will teach visitors how to make traditional ice shapes -- such as ice flowers, ice lanterns and Weideluo -- during the fair.

The fair will be opened with free admission to the public. 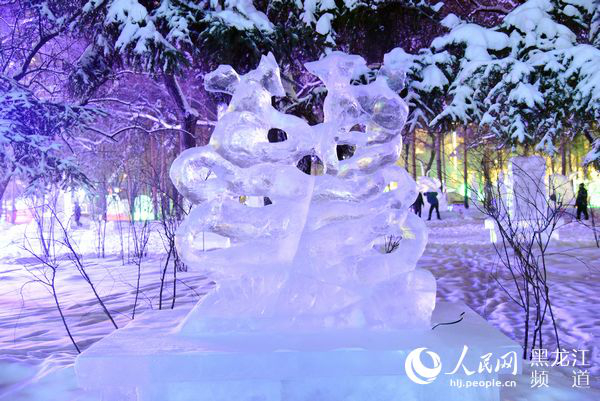 An ice sculpture on display in Zhaolin Park in Harbin [Photo/people.cn] 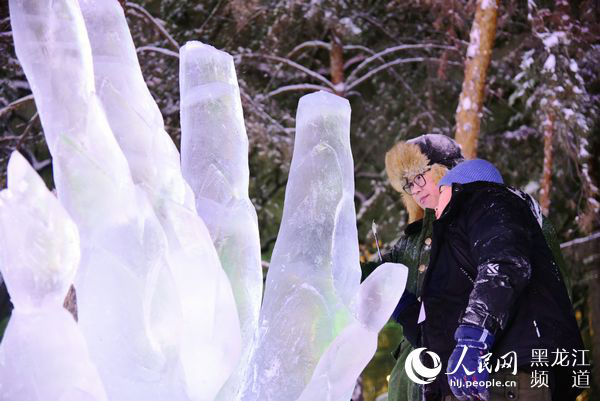 A craftsman carves an ice sculpture in Zhaolin Park in Harbin. [Photo/people.cn]