Flights U6855/6 are scheduled to depart from Harbin at 9:20 am and arrive in Moscow at 9:30 pm every Thursday, while returning to Harbin at 7:45 am on Thursdays with departure time in Moscow at 10:45 pm the previous day.

With travel time under 12 hours, the direct flight benefits residents in Northeast China. They no longer need to transfer in Beijing, Shanghai or other cities when flying to Moscow.

Tourism between the two countries has flourished thanks to Russia's visa-free service for Chinese group travelers in 2012 and the approval on June 1, 2014, of 72-hour visas for Chinese citizens traveling to Russia.

Insiders believe the new direct airlines will further push forward the development of hotels, tourism, aviation and other service sectors in Heilongjiang province.

The exchange and cooperation across borders and the key status of Harbin in developing bilateral relationships between China and Russia can also be strengthened by these direct flights. 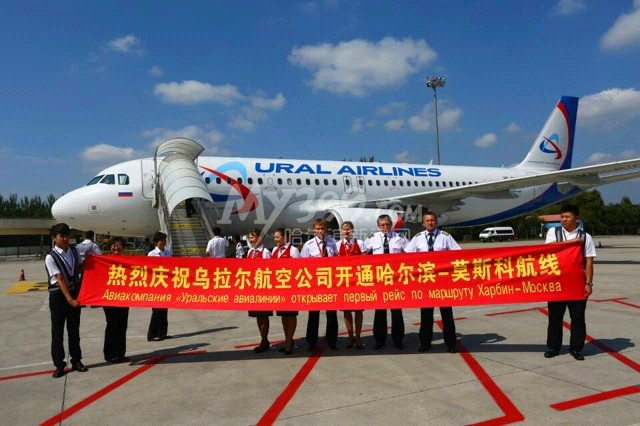 Cabin crews celebrate the opening of a direct air route between Harbin and Moscow at Harbin Taiping International Airport in the capital of Heilongjiang province on Aug 28. [Photo/my399.com] 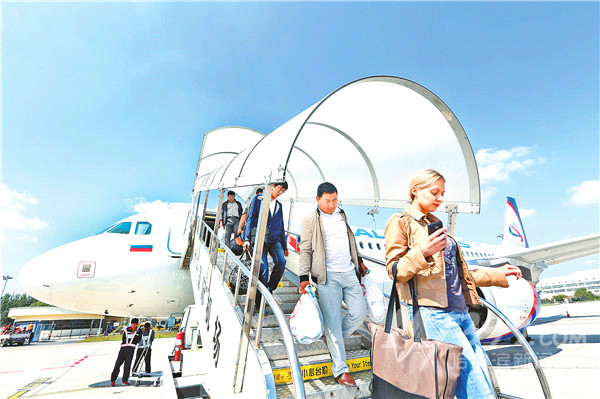 Passengers from Moscow get off the plane at Harbin Taiping International Airport in the capital of Heilongjiang province on Aug 28. [Photo/my399.com]