Schoenfeld International String Competition, comprising of violin, cello and chamber, was initiated by Schoenfeld sisters, a world-famous violinist and cellist in 1930s.

The first competition was held in Hong Kong in 2013.

A total of 70 violinists, cellists, as well as chamber musicians in five teams, are qualified for this year’s competition. The final competitions of violin and cello will be held from July 27 to 28; and the chamber competition is on July 26.

In addition to performance competitions, other music activities including seven concerts and a summit conference for leading musicians will be held during the event. 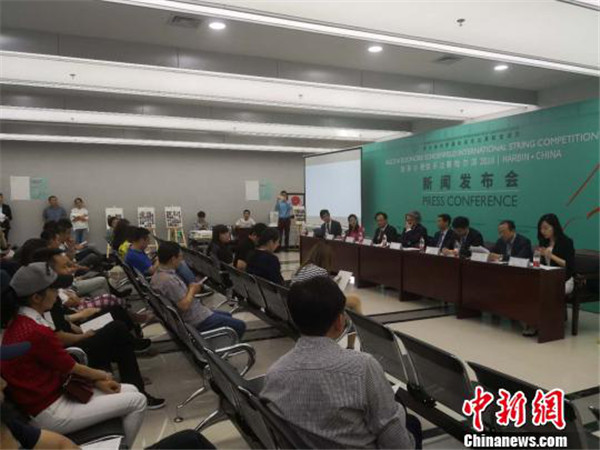 Harbin, capital city of Northeast China’s Heilongjiang province, is recognized as the permanent host of Schoenfeld International String Competition at a press conference held in Harbin Conservatory of Music on June 5. [Photo/Chinanews.com]