The city of Harbin, Heilongjiang province is turning to Europe in the hope of attracting more tourists to its icy winter attractions.

A delegation from the city held a press conference at the China Cultural Center in Brussels, Belgium on Oct 30, with around 60 tourism industry representatives from Belgium and other members of the European Union in attendance.

At the center, a photo exhibition and snappy promotional video greeted visitors, informing them of the charms of China’s northern city.

We have worked hard to improve Harbin’s facilities over the past few years and it is really paying off; more and more tourists are choosing us for their vacation, said Yan Honglei, director of Harbin Municipal Tourism Development Committee.

The government wants Harbin to be the first choice for winter travel in China, he added.

But the enthusiasm for Harbin wasn’t confined to the Chinese side.

Pierre Coenegrachts, deputy general manager of the Belgian Tourist Office (Wallonia Belgium Tourism), said that Wallonia is looking to build more links with China, and that he hoped for a direct flight to operate between Belgium and Harbin one day.

Harbin, capital city of Northeast China’s Heilongjiang province, is famous for its striking architecture, natural beauty and for being a meeting point of Chinese and Russian culture. Indeed, the city’s Russian influence is present everywhere, including in many of its buildings, giving it a distinct appeal among China’s tourist destinations.

In recent years, the city has become known for hosting the International Ice and Snow Festival, which has become one of the world's four largest ice and snow festivals, along with the Sapporo Snow Festival in Japan, the Quebec Winter Carnival in Canada and Norway's Ski Festival. 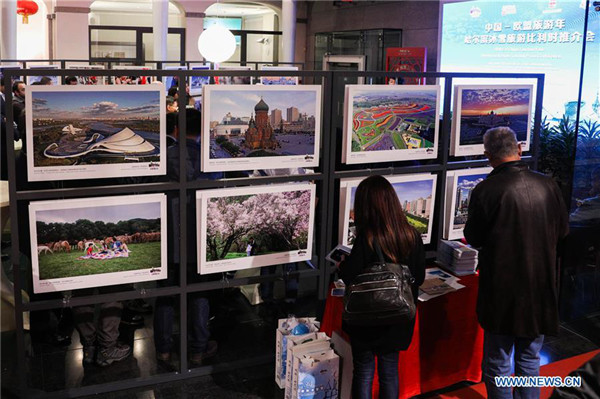 Visitors view a photo exhibition of Harbin at the China Cultural Center in Brussels, Belgium on Oct 30. [Photo/Xinhua] 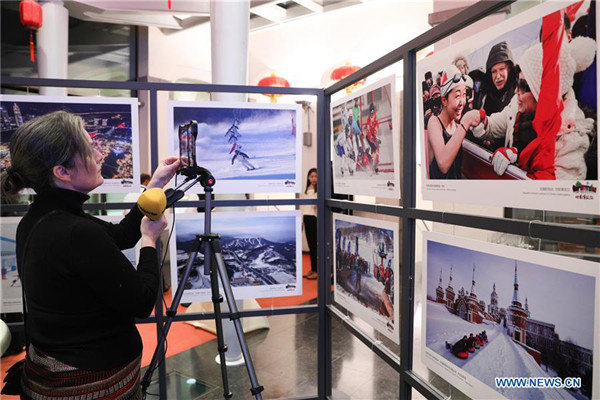 A Belgian journalist films a photo exhibition on tourism to Harbin at the China Cultural Center in Brussels, Belgium on Oct 30. [Photo/Xinhua] 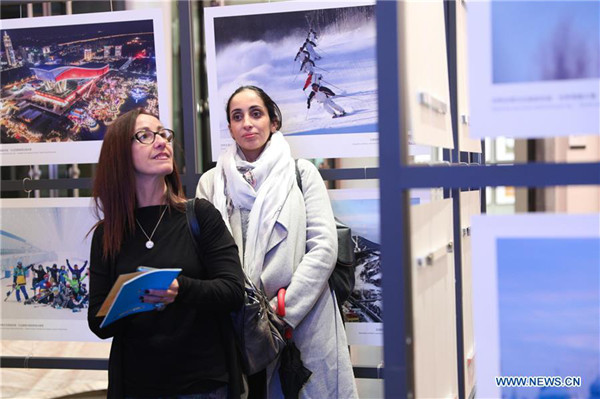