The contest, which was initiated in Russia, is a professional competition involving some of the top names in martial arts.

The Harbin leg of the tournament saw 20 competitors take part in the event, with athletes traveling from 20 different countries, including China, the United States, Russia, and Brazil.

By hosting the contest, it is hoped that Harbin will become known as a center for sports events around the world. 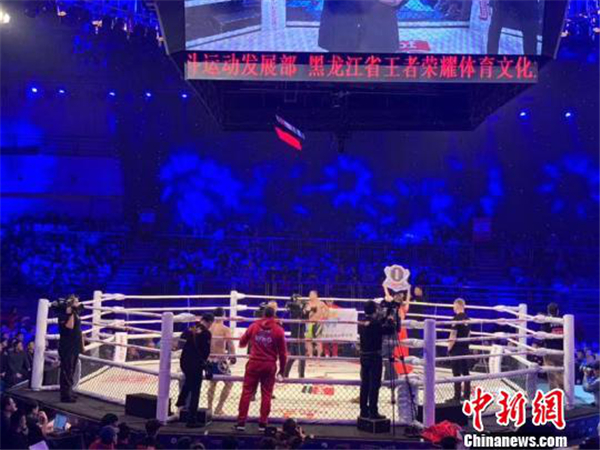 Two competitors battle it out in the ring at the 2019 WKG&M-1 World MMA (mixed martial arts) Tournament in Harbin, on Jan 26. [Photo/Chinanews.com] 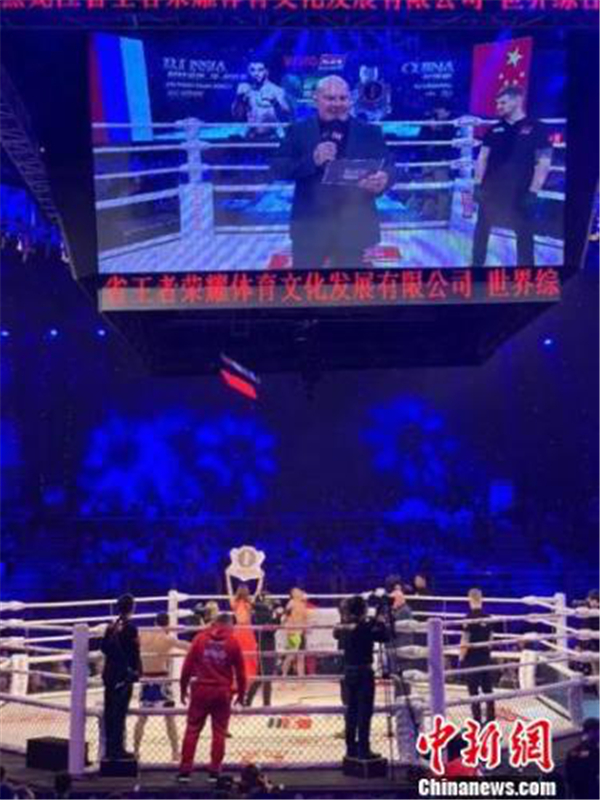 A presenter announces the start of a contest between two competitors, Jan 26. [Photo/Chinanews.com] 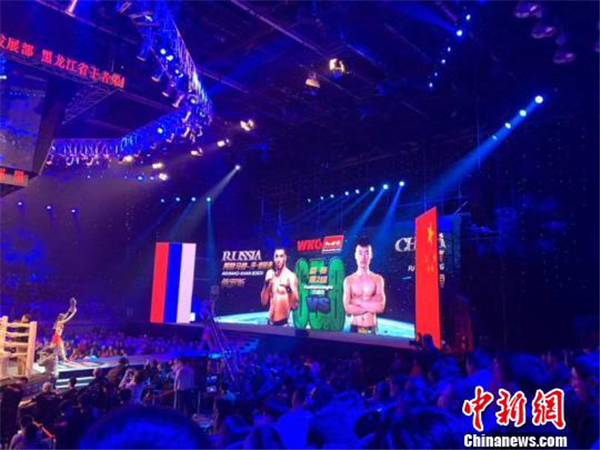