Mao Xin has been only too busy since she arrived in Prague three months ago to teach dance in the capital of the Czech Republic.

Mao, 33, is a dance teacher at Harbin Children's Palace, a community artistic center in Northeast China's Heilongjiang province. Early this year she began a two-year project assigned by the Overseas Chinese Affairs Office of the State Council to support dance education at the Chinese International School of Prague.

"The school in Prague has enrolled overseas Chinese students. As the school gradually expanded, the school headmaster decided to start an arts troupe," Mao said. 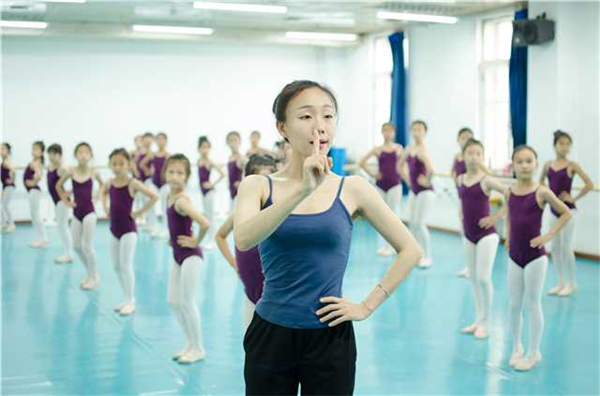 Mao has a class of 70 students. "The lessons focus on Chinese folk dance, such as Uygur and Tibetan dance. I hope the children can learn more about China and Chinese culture," she said.

She also gives Chinese lessons to local residents. During Spring Festival, Mao taught her students to write couplets in calligraphy and the Chinese character fu, which means happiness in Chinese.

"At the Spring Festival party, I performed a northeast-characteristic handkerchief dance, which drew loud cheers from both Chinese and Czechs in the audience," she said. "I was really happy that I could bring Chinese culture and art here."

Mao also spends her spare time studying Czech at a language course set up at Charles University in Prague.

"I hope I can integrate into the local social life and spread Chinese culture better," she said.

Mao Xin, a Chinese dance teacher, takes a photo with one of her students in Prague, capital of the Czech Republic. [Photo provided to chinadaily.com.cn]