A new 70 meter ski jump -- suitable for training throughout the year -- completed construction and was given the green light at Yabuli sports training base in Harbin, in Northeast China's Heilongjiang province on Sept 7.

The ski jump, also known as a K90 jump, is the first of its kind in China. Officials said it would allow Chinese ski jumpers to train outside the winter season, effectively extending the training program of athletes and providing venue support for preparations for the 2022 Winter Olympics.

Yabuli is China's national high-level winter sports training base and its K90 ski jump upgrades an existing facility that first went into use in 1989. The ski jumping venue has previously hosted several important international competitions, including the third Asian Winter Games and the 24th Winter Universiade. 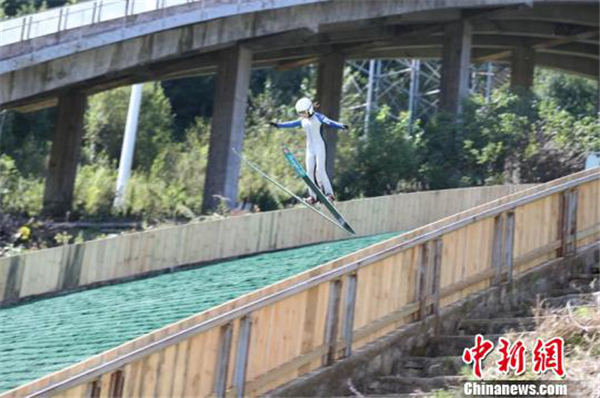 A skier goes all out on the new K90 ski jump at Yabuli sports training base in Harbin, in Heilongjiang province, on Sept 7. [Photo/chinanews.com]