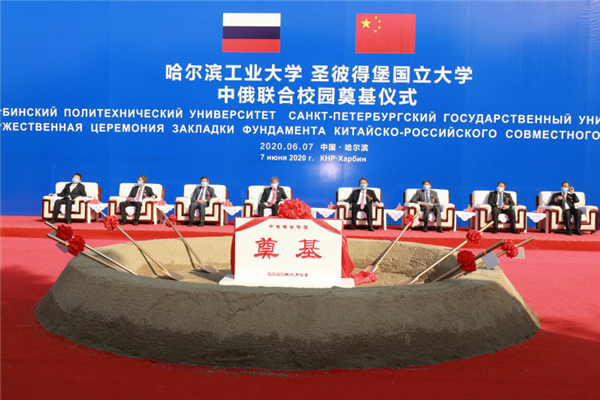 The groundbreaking ceremony for the Sino-Russian Joint Campus is held at the Harbin Institute of Technology on June 7. [Photo/hit.edu.cn]
A groundbreaking ceremony for the new Sino-Russian Joint Campus – a  project being undertaken by the Harbin Institute of Technology and Saint-Petersburg University – was recently held, officials said.

HIT officials said took place at the Harbin Institute of Technology in Harbin – capital city of China’s northernmost Heilongjiang province – on June 7, the 100th anniversary of the establishment of HIT.

Heilongjiang shares a border with Russia, which over the years has exerted various cultural and other influences, including the architecture of some of Harbin’s prominent buildings.

During a visit to Russia in April, 2019, a Heilongjiang government delegation reached an agreement with the Saint-Petersburg University to strengthen their education cooperation and exchanges by establishing a joint campus at HIT, which is a national key university with science and engineering as its core. 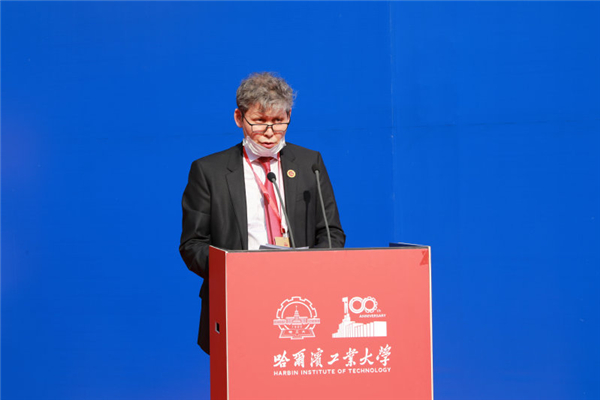 The Russian consul general to Harbin delivers a speech at a groundbreaking ceremony. [Photo/hit.edu.cn]
During the groundbreaking ceremony, the Russian consul general in Harbin said the joint campus would create a platform for cooperation between China and Russia in the field of education and help to train and unite a new generation of experts in various fields.

They will inherit the tradition of Sino-Russian friendship and strategic interaction, the diplomat added.

He also expressed his hope that the construction would be completed as soon as possible and accept enrollments for its first batch of students. 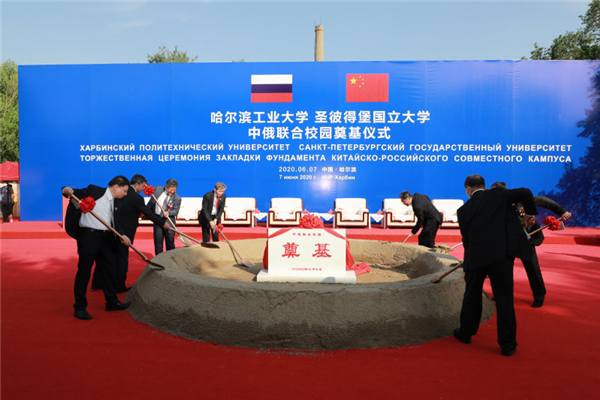 Officials from China and Russia lay the foundation for the Sino-Russian Joint Campus on June 7. [Photo/hit.edu.cn]