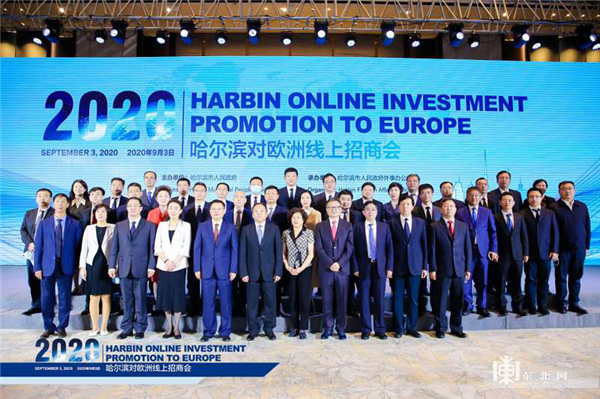 Attendees pose for a group photo at the Harbin Online Investment Promotion to Europe event on Sept 3. [Photo/dbw.cn]

A total of seven cooperation deals were signed at the Harbin Online Investment Promotion to Europe event, which was held in Harbin, capital city of China’s northernmost Heilongjiang province, on Sept 3. 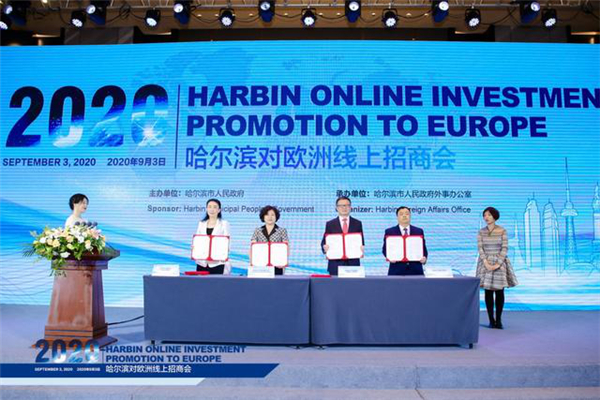 An awards ceremony is held during the Harbin Online Investment Promotion to Europe event on Sept 3. [Photo/dbw.cn]

In recent years, Harbin has been deeply involved in the Belt and Road Initiative, and has promoted all-round exchanges with EU cities under the framework of the “17+1 cooperation mechanism” (16 CEE countries and Greece plus China).

Harbin has established friendships with 32 cities in 23 European countries and carried out mutually beneficial and pragmatic cooperation in many fields such as economy and trade, medical treatment, culture and education.