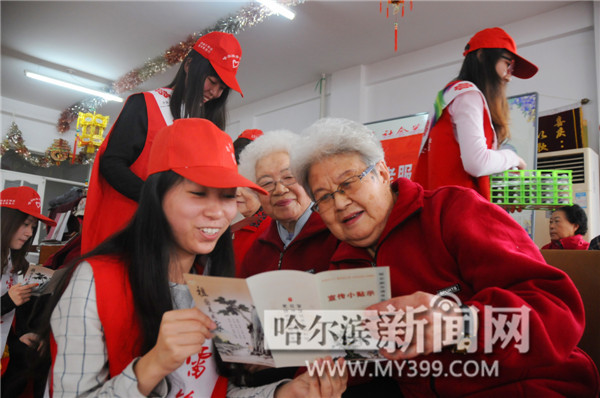 The city of Harbin, capital of Northeast China’s Heilongjiang province, has more than 1 million registered volunteers to encourage volunteerism.

From visiting nursing houses to tutoring left-behind children, from picking up cigarette butts on streets to advocating green ideas in communities, volunteers have played an important role in building Harbin into a beautiful civilized city.

According to statistics, voluntary service teams have been established in 648 communities and civilization units across the city. The service time of Harbin volunteers has reached more than 36 million hours annually in over 60,000 public activities.

On Dec 10, when the city encountered heavy snow, volunteers started shoveling snow on the streets early in the morning.

"When the snow turned the road icy, it was dangerous for senior citizens to pass by. Helping others pass the road safely helps me," said Gu Yujun, a volunteer at the age of 68. 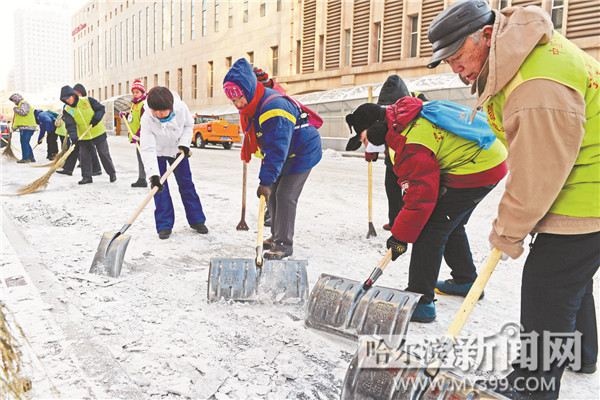 To help its senior citizens enjoy their elderly years, some supermarkets, grain shops, barbershops, community hospitals and charging outlets are providing free door-to-door service to the elderly at many communities in Daowai district.

At the beginning of the year, volunteer groups, including the "Eight-Caring Voluntary Service Team" for empty nesters and migrant workers, volunteer legal teams and medical teams to meet the demands of residents in communities, sprung up in the city.

"My tiny effort can not help too much. But together we can make our city more beautiful. I hope more residents can join our team to make Harbin a better city," said Xie Shangwei, a volunteer from Shuangcheng district.

Thanks to the efforts of volunteers, residents have shown great satisfaction with the city’s environment with the average score reaching 91.8 percent in satisfaction surveys in the first three quarters, up 4.8 percent from last year’s data, according to the national bureau of statistics survey office in Harbin.