A public awareness campaign launched by 13 government departments in Harbin -- to increase people’s knowledge of the dangers of passive smoking -- kicked off in the city’s Daowai district on May 31.

The activity was held to mark the annual World No-Tobacco Day on May 31. It is also part of activities to mark the seventh anniversary of the implementation of regulations to prevent second-hand tobacco smoking in Harbin.

Exhibition boards were set up at the event site on the street; publicity material was made available and Harbin residents were invited to inquire about the subject on-site.

China — the world’s biggest producer and consumer of tobacco — has more than 300 million smokers, and it is estimated that some 740 million people are exposed to passive smoking there. In addition, experts say addiction to tobacco exacts a heavy financial toll. Globally, the total annual economic cost is estimated to be $2 trillion, while in China it is around $58 billion.

Tobacco smoke has over 2,000 chemicals, and about 250 of these are considered harmful to smokers and nonsmokers. Of these 250 chemicals, at least 69 can cause cancer, with lung cancer widely acknowledged as a leading cause of death. Anti-smoking campaigners say smoking harms just about every organ of the body. 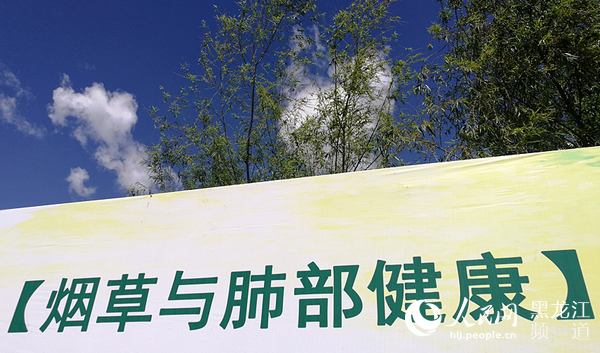 An exhibition board is set up in Daowai district, in Harbin, as a campaign launched by 13 government departments of Harbin to improve the public’s awareness of the harms of passive smoking kicks off on May 31. [Photo/people.cn] 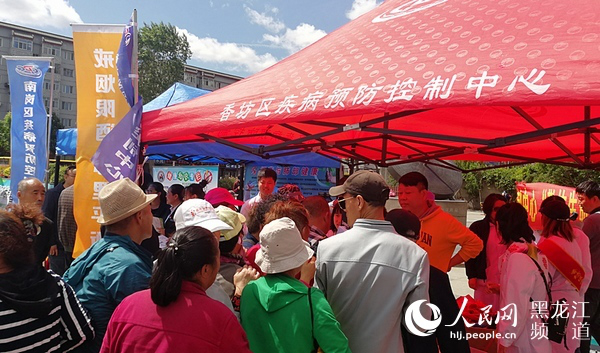 Harbin residents flock to hear about the dangers of passive smoking on May 31. [Photo/people.cn]