Rockwell Automation is confident of further development in Harbin due to the city's sound investment environment and local government policies, said a company executive. 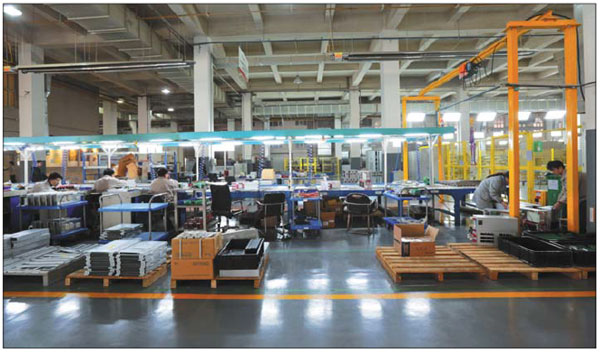 Rockwell Automation facility in Harbin is an important part of the company's emerging markets strategy.

Shih has worked in the Harbin plant since January 2014.

More than 20 technical universities and colleges, including the renowned Harbin Institute of Technology, are based in Harbin.

Rockwell Automation's facility in Harbin has a strong research team of about 20 members, all graduates of technical colleges in the province, Shih said.

As the company strengthens its strategic cooperation with colleges and research institutes in the city, it donated automation equipment worth 1.1 million yuan ($175,800) to the Harbin Institute of Technology last year.

"We are obliged to help these technical colleges have access to the most-advanced equipment in the world," Shih said.

He added that Harbin is connected with Europe by rail and highways, which enables transportation to the continent only half the time it takes by ocean.

"Acquisition of Jiuzhou accelerated our emerging markets strategy," said Mike Laszkiewicz, vice-president and general manager of Rockwell Automation's power control business. "It will enhance our position in the critical Asia-Pacific region by strengthening capabilities in the medium and higher-power-rated product lines."

He added that the company's high requirements on materials have improved the competitiveness of local suppliers while increasing their brand awareness.

Rockwell Automation will further help promote brand recognition for made-in-China products among its customers around the world and promote Harbin's advantages for investors, Shih said.

The company plans to invite its overseas customers to visit its factory in Harbin and film promotion videos in the factory, Shih added.