The city of Harbin, Heilongjiang province has announced that it will be opening a green food industrial park next month, which is expected to support at least 70 e-commerce businesses by the end of this year.

The news came from a conference the city government and provincial agricultural commission held on Aug 11 where it was explained that this project is backed by China’s online giant, Alibaba Group, as its first green food e-commerce effort in the region. It has a planned area of 147,500 square-meters with an investment of 1 billion yuan ($161 million). 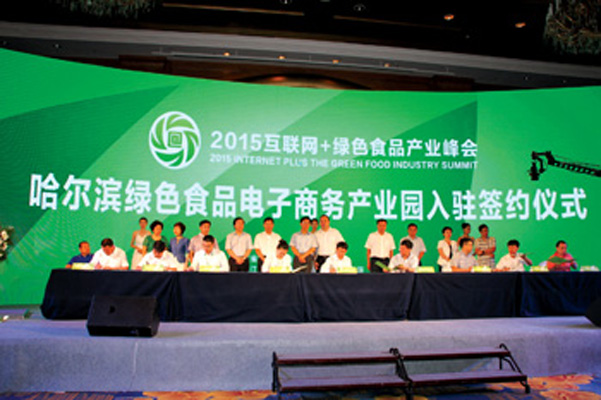 Alibaba says it will also set up a group of industrial parks for high-quality local foods and other agricultural products for the development of e-commerce business and green food enterprises, as well as for the upgrading of traditional industries through the Internet.

Taking part in the conference were Harbin vice-mayors, Liu Qi and Zhang Wanping.