The 6th China-Russia Expo, which concluded on June 19 in Harbin, capital of Northeast China's Heilongjiang province, witnessed the signing of more than 380 trade contacts worth more than 170 billion yuan ($24.78 billion).

The fair attracted 1,764 businesses from 74 countries and regions and 164 government commercial delegations.

In addition, a total of 23,000 registered business representatives attended the event, a year-on-year increase of 46 percent.

During the five-day trade fair, around 243,000 buyers and visitors attended, with 4,976 overseas attendees participating.

Initiated in 2014, the China-Russia Expo is a prominent platform for promoting economic and trade communications and cooperation between China and Russia. 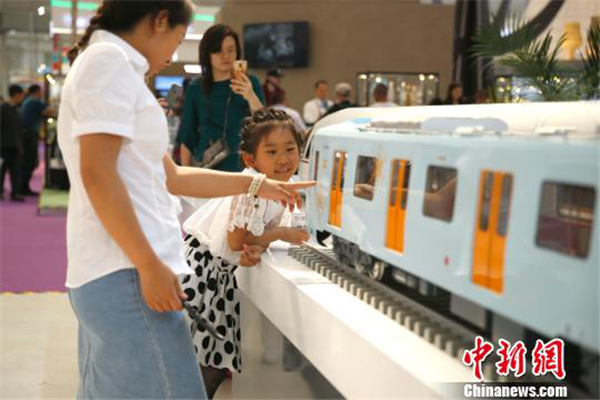 A mother and daughter admire a model of Harbin’s metro train at the sixth China Russia Expo. [Photo/chinanews.com]

Green corridors on Sun Island ready for use

Harbin’s locals will soon have access to more glorious walking and riding routes along Sun Island and the banks of the Songhua River -- as the first phase of the Harbin green corridor system project undergoes construction.