A slew of deals worth 850 million yuan ($120.19 million) were signed at the first Heilongjiang Chinese Medicine Industry Expo, according to the organizers.

The event was held in the Harbin International Convention and Exhibition Center in the capital of northeastern Heilongjiang province on Oct 19-21.

The three-day event saw the participation of around 200 Chinese and international exhibitors and 116 plants, fungus and animal medicines cultivation and breeding companies and farms from Heilongjiang.

A total of eight exhibition areas were set up at the expo, including one for promoting the achievements that Heilongjiang has made in developing the Chinese medicine industry. There were also areas for showcasing traditional Chinese health care products, Chinese medical instruments, Chinese medical services institutions, as well as international exchanges and cooperation.

In particular, the expo featured the exhibition and promotion of Heilongjiang’s Chinese medicine products.

Heilongjiang has a long tradition of cultivating and planting Chinese medicine, stretching back to ancient times. There are more than 100 kinds of authentic medicinal materials native to Heilongjiang, with the industry producing them having an annual output estimated at  300,000 tons.

Additionally, a series of cooperation agreements were signed at the expo. These included Heilongjiang Provincial Chinese Medicine Management Bureau which agreed to cooperate with Ali Health, to sell Heilongjiang-produced Chinese medicine products online and to establish a product traceability system.

An exhibitor cuts up some Chinese medicine at the first Heilongjiang Chinese Medicine Industry Expo on Oct 19. [Photo/dbw.cn] 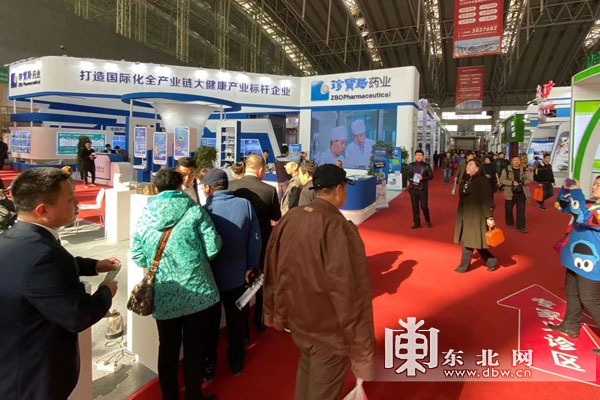