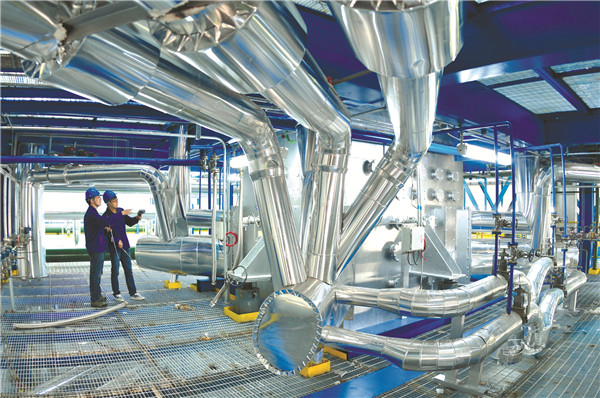 Executives at Harbin Boiler Co, a subsidiary of leading power equipment producer Harbin Electric Corporation, recently announced that a new coal-fired boiler unit -- which solves the problem of the low combustion efficiency of coal with high alkali content -- had passed 168 hours of trial operations and had gone into operation.

Harbin Boiler Co, which researches, develops and manufactures boilers, is based in Harbin city, capital of China’s northernmost Heilongjiang province.

They said the estimated reserves of the coal field are 390 billion metric tons, which is expected to last for a century based on currency production levels.

Officials at the field have said that while the coal’s power efficiency is not high, the alkali content is high and it will ignite when burned at a high temperature. They said the coal needs to be blended with 50 percent of high-purity pure coal to burn normally.

Company executives said that due to the its low utilization value, the price of coal produced in the Junggar Basin is only 20 ($2.83) to 30 yuan per ton.

In 2013, two boilers with combustion efficiency of more than 90 percent went into use in Xinjiang.

Early June this year, Harbin Boiler Co improved the combustion efficiency to 100 percent, allowing coal produced in the Junggar Basin can be burned normally without having to mix high-pure coal to increase combustion.