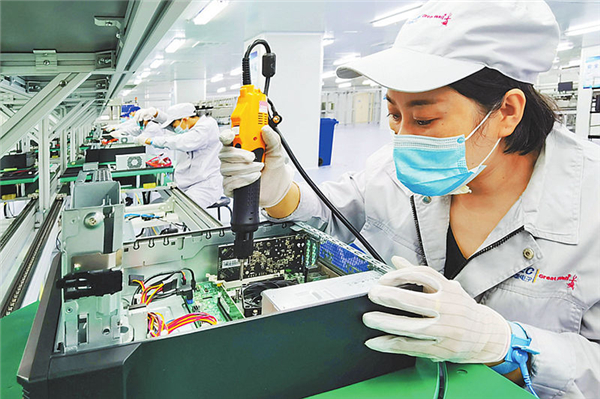 The facility was built and funded by Heilongjiang Changcheng Computer System Co, a Heilongjiang-based company engaged in manufacturing, R&D and sales of computers, notebooks and components, as well as after-sales services.

Officials said this is the first phase of the company’s computer production and innovation plant.

The project will cost a total of 500 million yuan ($71.69 million) and will be constructed in two phases.

A company spokesman said when the first phase goes fully online, it will produce 300,000 computers per year, generating an annual output value of 1.5 billion yuan. It will also provide jobs for 200 people.

Annual output will expand to 1 million computers when the second phase starts production.

Harbin New Zone was chosen as the site of the computer plant because of its sound business environment, according to Zheng Daqing, deputy general manager of Heilongjiang Changcheng Computer System Co.

Harbin has made major progress in improving its environment.