Tan Baicheng, vice chairman of the Heilongjiang Council for the Promotion of International Trade, said that the offline exhibition activity of this year’s festival attracted the attendance of 1,381 companies from 13 countries and regions to exhibit products in various categories. 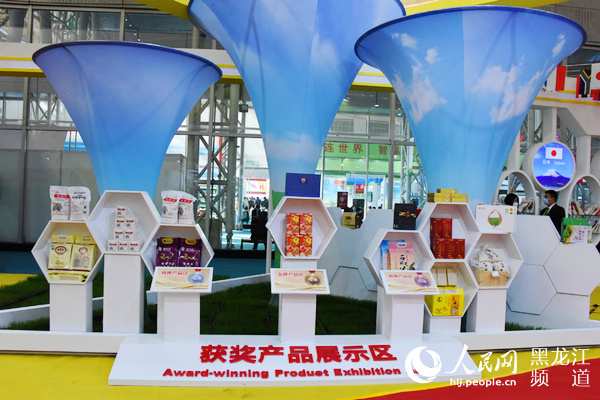 A special exhibition area is set up for award-winning products at the 3rd China Heilongjiang International Rice Festival. [Photo/people.cn]
Online buyers and exhibitors released a total of 135 pieces of supply and demand information, and 2,596,800 people visited the online exhibition.

Heilongjiang province ranks first in China for rice production. In 2019, the planting area of rice in Heilongjiang was 57.19 million mu (3.81 million hectares), and its output reached 26.64 million metric tons, accounting for more than 12.7 percent of the total rice output of China.

In 2020, Heilongjiang has encountered consecutive hardships, including an epidemic, floods and three typhoons. Against this background, this exhibition is of great significance for Heilongjiang and a chance for the province to promote its rice products and brands at home and abroad. 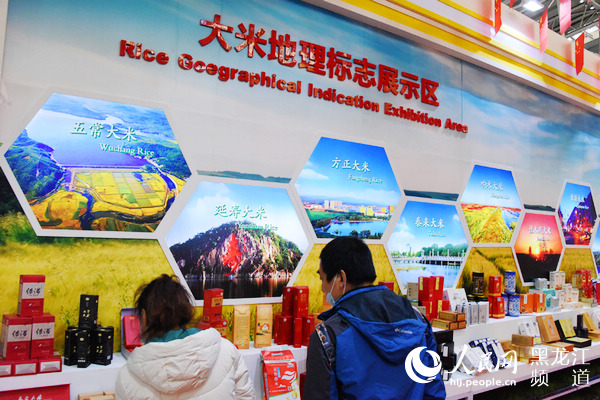