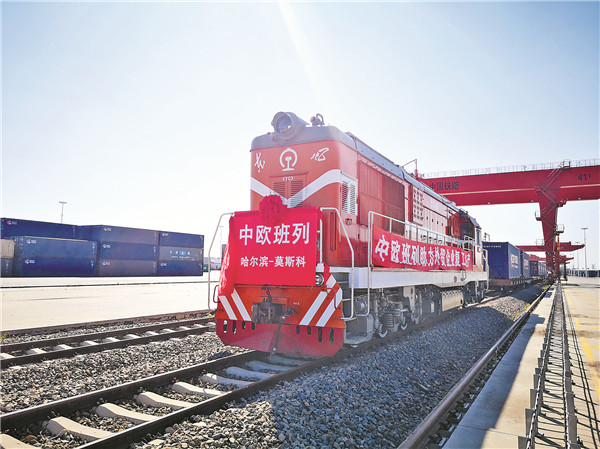 The 49-carriage train will leave the country through the Manzhouli land port in North China’s Inner Mongolia autonomous region and finally arrive at its final destination in Russia after a multi-day journey.

It was the first China-Europe freight train launched by the China Railway Harbin Bureau in Heilongjiang province in 2021.

To ensure the smooth operation of the train and meet the time targets for cargo transportation, the Harbin station coordinated with the customs department in advance to help customers communicate and handle related business operations and optimize the transportation organization plan.

According to customer needs, they also selected and organized containers to improve the efficiency of loading. On average, port operators can load one container every five minutes.

For goods transported from Heilongjiang province to Russia's central region, international freight trains are about 75 percent cheaper than transporting goods by air.

The stable operation of the China-Europe train route has attracted more new customers.