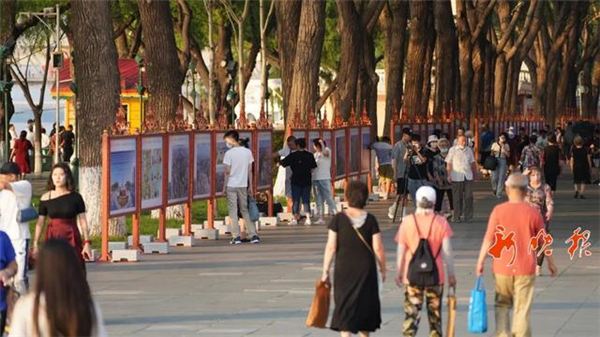 A total of 298 photographic works are on display.

They record Harbin's brilliant achievements at important historical moments in the 100 years since the CPC's founding and fully demonstrate the glorious history and progress of the city under the leadership of the Party.

The photos also show the uplifting spirit of the people of Harbin and express their deep blessings for the centenary of the Party. 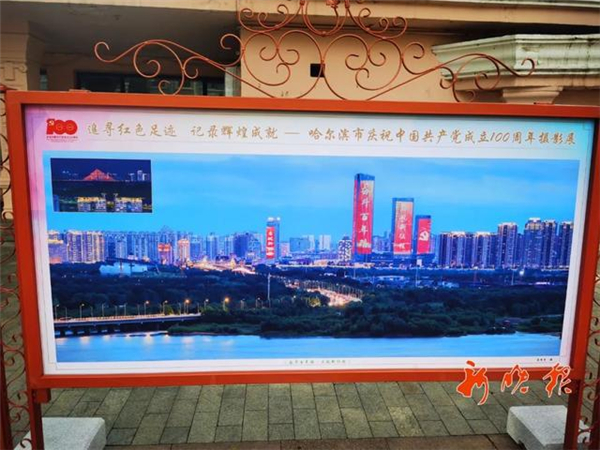 A photo showcasing the evening skyline of Harbin city is on display. [Photo/xwb.my399.com]
In addition to exhibitions, Harbin launched a map highlighting the city's red education bases on June 28.

Each base on the hand-drawn map is illustrated in accordance with its actual characteristics.

Residents admire photos on display at the exhibition to celebrate the 100th anniversary of the founding of the Communist Party of China on June 28. [Photo/xwb.my399.com]