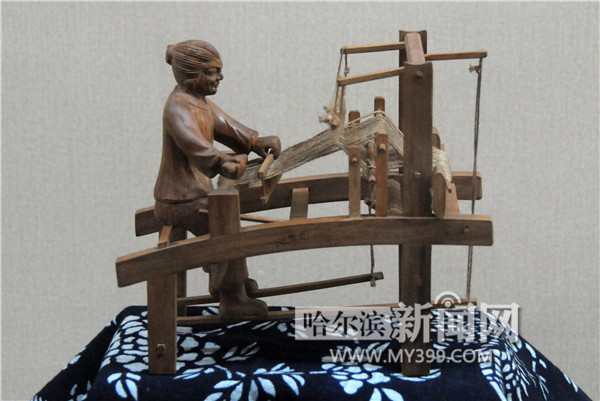 A piece of item on display, showing a female doing needlework, in the Folk Museum of Harbin city, Heilongjiang province, May 19 [Photo/my399.com]

Needlework tool collection, “the Arts of Mama”, was on exhibition in Heilongjiang province Folk Museum on May 19 in the province capital, Harbin city.

Needlework, named “Nv Gong” in Chinese, mainly takes the form of spinning, tailoring, sewing, embroidery, and ironing, so that the exhibition includes a variety of tools used in these processes, to show the beauty of old Chinese female craft.

The ancient criteria of a fair lady cover the following aspects: virtue, speech, gong (that is women’s handwork), and appearance. “Nv Gong”, therefore, is part of China’s thousand-year intangible cultural heritage, and the group memory of all our mums.