The Chinese edition of the play War Horse, co-produced by the National Theatre of China and the British National Theatre, will be performed tonight at the Harbin Theatre. 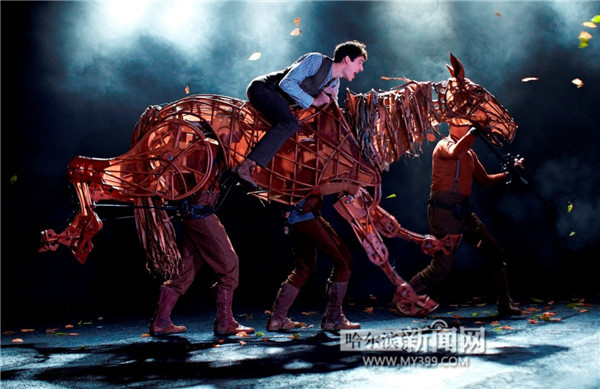 War Horse is a children’s novel written by Michael Morprugo. It tells the experience of Joey, a horse serving in the army in World War I. The novel was runner-up for the Whitbread Book Award in 1982. Nick Stafford directed the theatrical adaptation at the Olivier Theatre of the National Theatre in London on October 17 2007. The play uses life-size puppets of horses from the Handspring Puppet Company in Mali Africa. The stage show won British drama awards, including the Olivia Lawrence Award for Best Set Design and the Music Award for best drama, and American Tony Awards for best drama, best drama director, best drama scenery, best drama lightning, and best drama sound.