The works were created by artists Wang Shaowei, Wang Xianpu and Du Hongnian -- who last century contributed to the development of painting in Heilongjiang and provided a focus for citizens nowadays to protect Northeast China’s regional cultural heritage, as well as to build on support for the cultural environment and art resources in Heilongjiang.

Wang Xianpu's Chinese painting creations were active in the middle of the 20th century until the reform and opening up. His works featured the natural ecology of Heilongjiang and expressed a humanist’s sensibilities for the development of industry, agriculture and forestry in Heilongjiang province.

Du Hongnian, who was born in 1928 and who died in 1998, was one of the founders of Beidahuang prints. His colorful ink paintings are full of composition and a wide range of scenes. The colorful ink figures are realistic and incorporate Western concepts.

Organizers said the exhibition will runs until July 15. 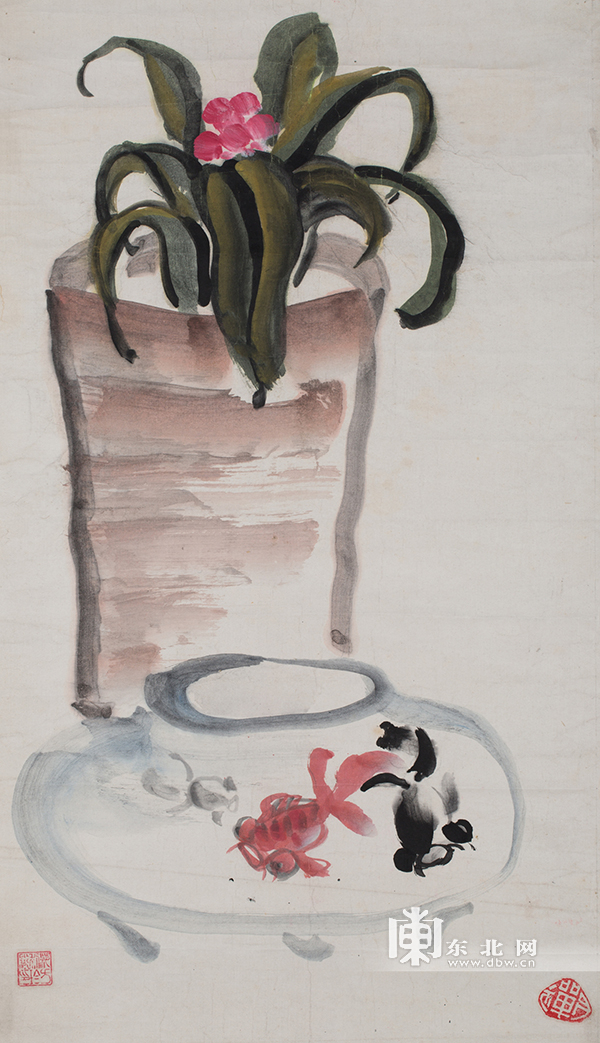 Elegant simplicity can bring tranquility in art. A Chinese painting depicting flowers and goldfish goes on display at an exhibition held in Harbin, Heilongjiang province, on July 3. [Photo/dbw.cn]