The shadow play Ne Zha and the Third Princess, performed by the Harbin Children’s Art Theater, won an honorable award for Excellent Inheritance Performance at the fifth China Puppet and Shadow Play Exhibition, which was held in Yangzhou, East China’s Jiangsu province, Aug 6 to 12.

Ne Zha and the Third Princess is based on the tale of Nezha, a beloved Chinese mythical figure.

The scriptwriting, image design, shadow making, music production and dubbing were independently finished over a four-month period by the young performers of the Harbin Children's Art Theater.

The China Puppet and Shadow Play Exhibition is of the highest-level of its kind in China. This year’s event attracted the participation of 24 shadow play or puppet play troupes.

What are shadow plays?

Ancient Chinese historical records show that shadow plays were originally created by a Chinese Taoist during the Han Dynasty (206 BC-AD 220) to console the heartbroken Emperor Wu, who had to deal with the death of one of his concubines. The Taoist made a stone image of the concubine and put it in a tent next to a burning candle. The shadow cast looked like the emperor's loved one and helped his sadness fade away.

Over the next 2,000 years, the stone figures gradually became cowhide ones, and the tents were turned into curtains. Performers then added drums and elements of Chinese opera to the movement of the figures, and shadow play was born. 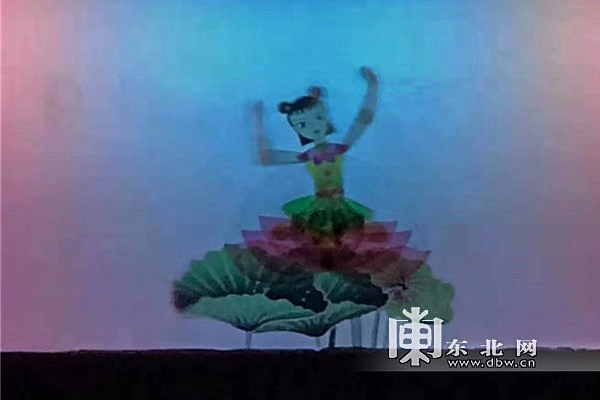 The image of Ne Zha in the shadow play Ne Zha and the Third Princess [Photo/dbw.cn]