Love U, Teresa, a musical ode to the late Chinese pop sensation Teresa Teng, made its debut at the Workers Cultural Palace of Harbin, Heilongjiang province, on Sept 25. It will last in Harbin until Oct 7.

The musical, which made its debut in Hong Kong on the final day of 2010 and put on 50 performances this summer in Oriental Theatre in Beijing, cost more than 30 million yuan ($5 million) over the past three years.

"Love U, Teresa is an authentic musical production," Li said in confidence. Li started his career as a musical producer in Harbin. 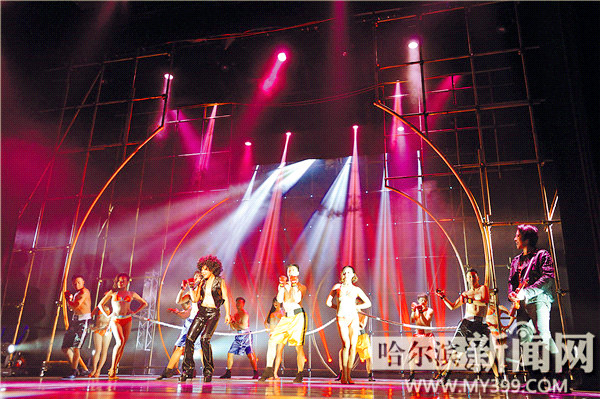 "Harbin is home to China's oldest symphony orchestra, as well as the only city in Asia awarded the title of ‘Music City’ by the United Nations. The musical produced in Harbin is the most original in China because other ones are basically dramas with some golden oldies strung together."

As for why Teresa Teng (1953-1995) was chosen as the theme for this musical, Li Dun told the reporter that Teresa Teng has long been familiar to Chinese audiences for her sweet love songs.

"Although Teresa Teng and her songs were once banned and she never held a concert in the mainland, mainlanders still have a strong passion for her. She has one billion-plus faithful listeners on this side of the Strait, which is unparalleled among other singers. This musical could bring Teresa Teng to life once more for her followers," Li said.

In the late 1970s, people in mainland China came to know Teresa Teng and her songs through listening to a radio broadcast from Taiwan and a few collections of cassettes of Teresa Teng.

Her sweet love songs were totally different from those practiced in the Chinese mainland in the era when the mainland was filled with "revolutionary hymns" and fiery slogans.

Teresa’s careless remarks during one of her concerts in Taipei and her performances at Kuomintang military camps in the early 1980s cast her as a hostile singer against the Chinese mainland. Some considered the sweet softness of her lyrics erosive for socialist morale.

Since then the songs of the late legendary Taiwan singer Teresa Teng were officially banned on the Chinese mainland until 1985, when Teresa received an interview from China Youth Daily.

By the time Teng died suddenly from asthma in 1995, the Chinese mainland was liberal enough to mourn her openly. News also surfaced that some organization had been trying to get her to perform in the mainland, to which she took a strong interest as well.

The performance of Love U, Teresa has fulfilled Teresa Teng’s hope to hold a concert across the Taiwan Straits through the new rendition of 24 classic songs of Teresa by Wang Jing, the heroine of Love U, Teresa, who was chosen from 5,000 competitors. She is called Little Teresa thanks to her voice, which is strikingly similar. Wang Jing’s interaction with the audience on the stage has recreated the moments of Teresa’s concerts with her soulful rendering of I Only Care about You, When Will You Return, Lover and other hits.