Harbin sings its ‘values’ in song

People in the city of Harbin, capital of Heilongjiang province, have created civility themed songs to remind local people of the importance of morality and principles in community life.

The songs portray principles that authorities consider important, such as democracy, civility, harmony, dedication and friendship.

"Wave hands to greet neighbors, we start to know each other. Lend hands to those who are in need, we make friends with neighbors. Reach hands to cigarette butts and paper scraps, we create a beautiful environment for us. Join hands against fire and theft, we ensure safety at home. Hand in hand to build a civilized city, we sing and dance under the same roof."

The songs have been widely spread among Harbin residents since the launching ceremony of the "Neighborhood Festival" at Daowai district of the city on July 23.

To date, residents in Daowai have beautified more than 200 courtyards and whitewashed over 6,000 corridors. 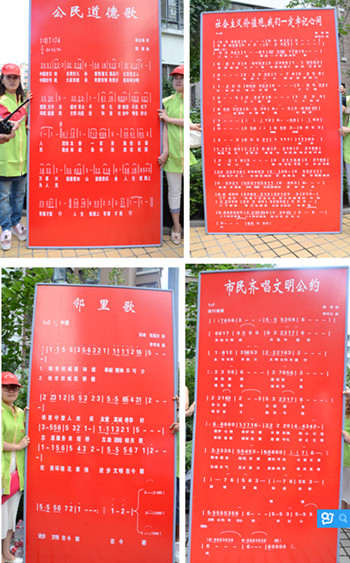