A group of newly-finished sculptures of figures playing music at a square in Daoli district, Harbin, capital of Heilongjiang province, has infused fresh artistic beauty to the “music city.” 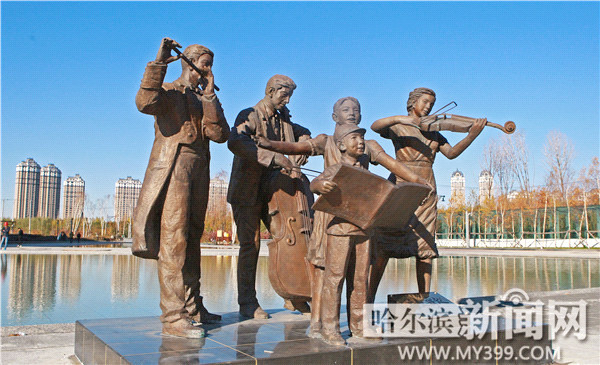 A sculpture features a band playing music for visitors at a music square in Daoli district of Harbin, capital of Northeast China’s Heilongjiang province. [Photo/my399.com]

Harbin is a young city whose development was based significantly on the Mid-East Railway, which was constructed at the end of the 19th century. It has been growing, developing and expanding with its music.