The 2017 China•Harbin International Beer Festival opened in the city of Harbin, Heilongjiang province on Aug 3, and will run until Aug 14.

A number of famous beer makers from across the world will present their beers to visitors, including renowned names such as Snow Beer, Harbin Brewer, Budweiser, and Tsingtao Beer.

Famous specialties will also be introduced at the event including delicacies from Taiwan, food from Shi-Da night market, and snacks from Daowai district.

The festival features performers from countries such as Spain, Argentina, Russia, and Germany each day during the festival.

Visitors will have the opportunity to watch belly dancing, samba, and tap dancing, as well as a parade and a band from Taiwan.

The various Harley-Davidson owners’ groups will come to Harbin, with some owners performing with Rock, China’s first band formed by owners of the motorbikes, as the first national Harley-Davidson Owners' Cycling Festival kicks off in Harbin.

The first Harbin Music Lighting Festival also makes its debut at the site of the beer festival, adding to the entertainment.

The festival will hold a series of competitions, and prizes include a BMW and KC clothing.

Harbin was the first Chinese city to focus on brewing beer, and it boasts a beer culture dating back more than 100 years. It also ranks among the cities with the highest beer consumption per capita in the world. It has been sixteen years since the festival was first held in Harbin in 2001. 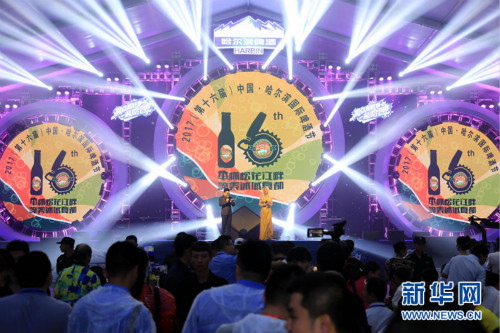 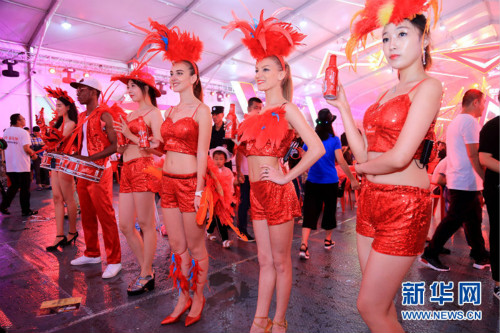 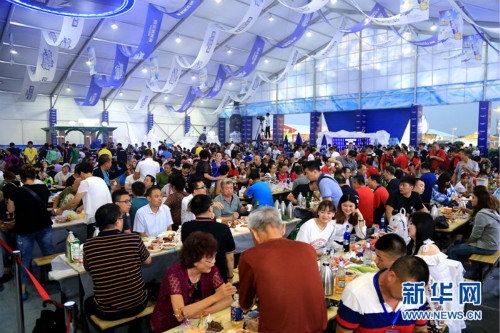 Visitors drink beer and eat delicacies at the festival. [Photo/Xinhua]