China tour of world’s top musical kicks off in Harbin 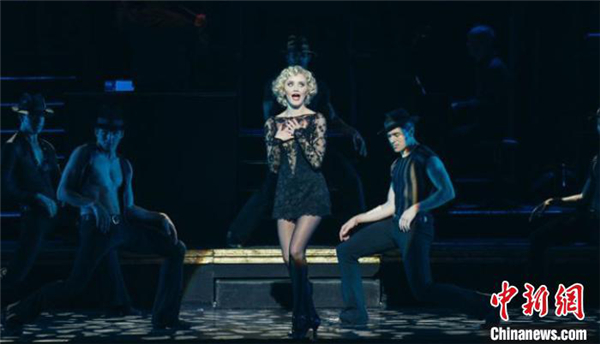 The world's top musical Chicago is staged at Harbin Grand Theater on the evening of Nov 12. [Photo/chinanews.com]

The world's top musical Chicago came to town at the Harbin Grand Theater on the evening of Nov 12 – with critics reporting a dazzling performance at the  premiere of the 2019/2020 China Tour.

Critics say Chicago is a theatrical tour de force -- a satirical dramatic comedy that combines adultery, violence and corruption with powerful song and dance routines and zingy one-liners that will have the audience roaring with laughter.

The musical was adapted from sensational real crimes in the United States in the 1920s. It tells the story of fictional female dancers Roxie Hart and Verma Kelly – based on real life women -- who become celebrities in prison and are then acquitted for murder with the help of clever lawyer Billy Flynn.

Chicago was first staged at the Broadway in 1975 with the production revived in 1997. It has captured six Tony Awards -- the most important award in the musical industry -- and two Oliver Awards. Currently, it is the longest-running American musical in Broadway history.

To date, Chicago has been performing for 23 consecutive years and an estimated 31 million people have seen it -- in more than 32,500 performances that have played in  490 cities across the world.