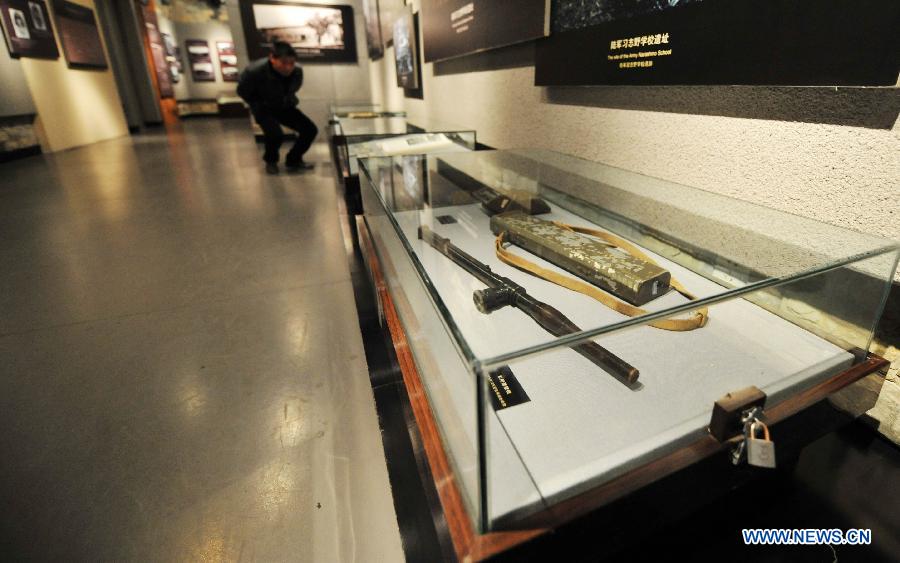 A visitor views exhibits at the Crimes Exhibition Hall of Japan's Unit 731 in Harbin, capital of northeast China's Heilongjiang Province, April 10, 2014. More than 6,300 items have been collected in the exhibition hall to find evidence of the activities of Japan's notorious Unit 731 during World War II, after 1,740 new pieces of evidence were gathered in the nationwide efforts in the past two years. [Photo by Jianwei/Xinhua]