The Daowai district of Harbin, capital of Heilongjiang province asked some art teachers to join a "Painting together to build a civilized city" activity and decorate community walls with inspiring pictures to make Harbin a better city.

The government has been publicizing “socialist values” through ads along sidewalks, on buildings, and on open-air restaurants to portray principles the authorities consider important, such as democracy, civility, harmony, freedom, equality, justice, the law, patriotism, dedication, integrity and friendship. 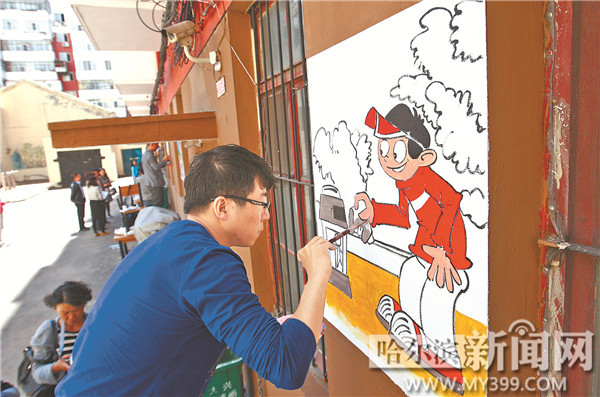 Teacher decorating a wall in the Daowai district of Harbin, capital of Heilongjiang province. [Photo/my399.com]