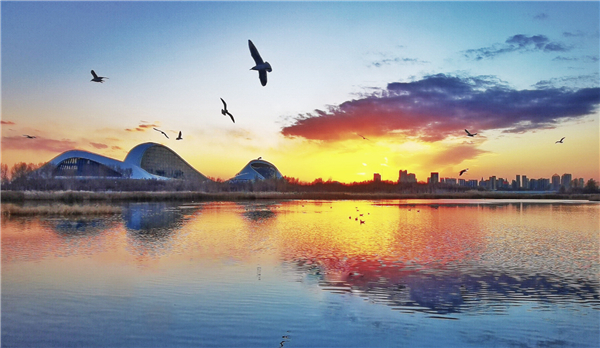 Birds take flight above the Songhua River, near the Harbin Grand Theater. [Photo/dbw.cn]

As temperatures drop in the country's northern areas with the coming of early winter, hundreds of migratory birds are still resting in the water areas by the magnificent Harbin Grand Theater.

The futuristic theater is situated on Harbin's Cultural Island -- a new arts hub by the Songhua River's north bank in the capital city of China’s northernmost Heilongjiang province.

The birds have been making stops since the start of October, searching for food and rest during their trip to the warmer areas of southern China, to escape the cold.

The coming of the migratory birds has attracted many people to admire them and take pictures. 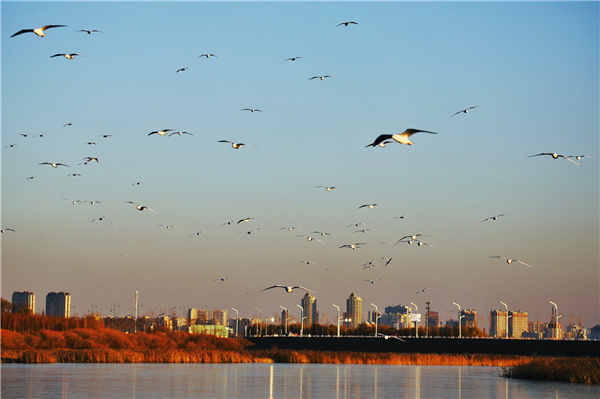 A large flock of migratory birds flies above the downtown Harbin section of the Songhua River in Harbin. [Photo/dbw.cn]