The three-day event – with an eye on the upcoming 2022 Winter Olympics that will be held next month in and around Beijing – had as its theme "welcoming the Winter Olympics and creating a future".

After strong competition, three ice sculptures stood out among the entries and were conferred with prizes.

The ice sculpture competition is a part of the annual Harbin Ice Lantern Art Fair held in Zhaolin Park.

Launched in 1963, the fair is said to be the birthplace of Chinese ice lantern art and is also an important winter entertainment venue for locals and tourists. 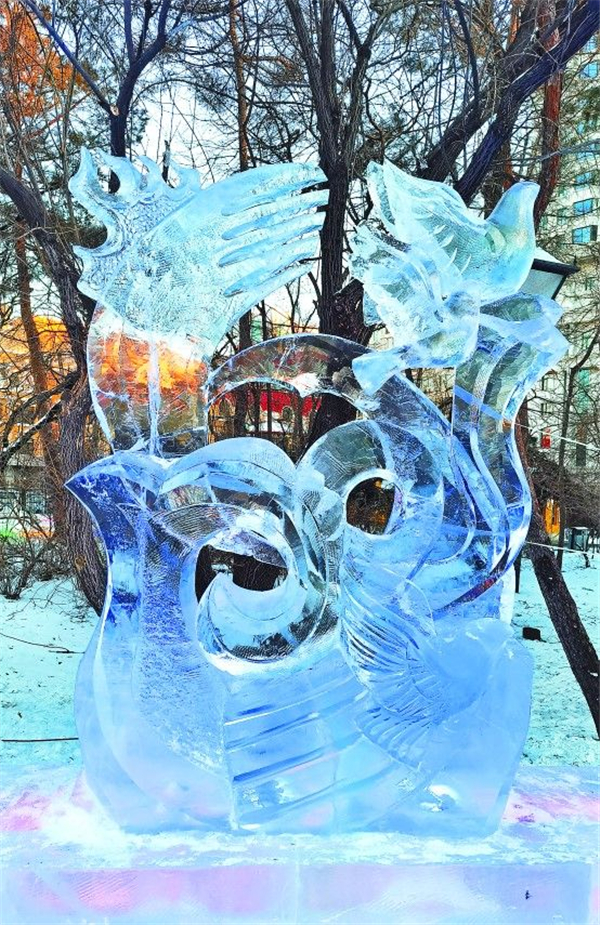 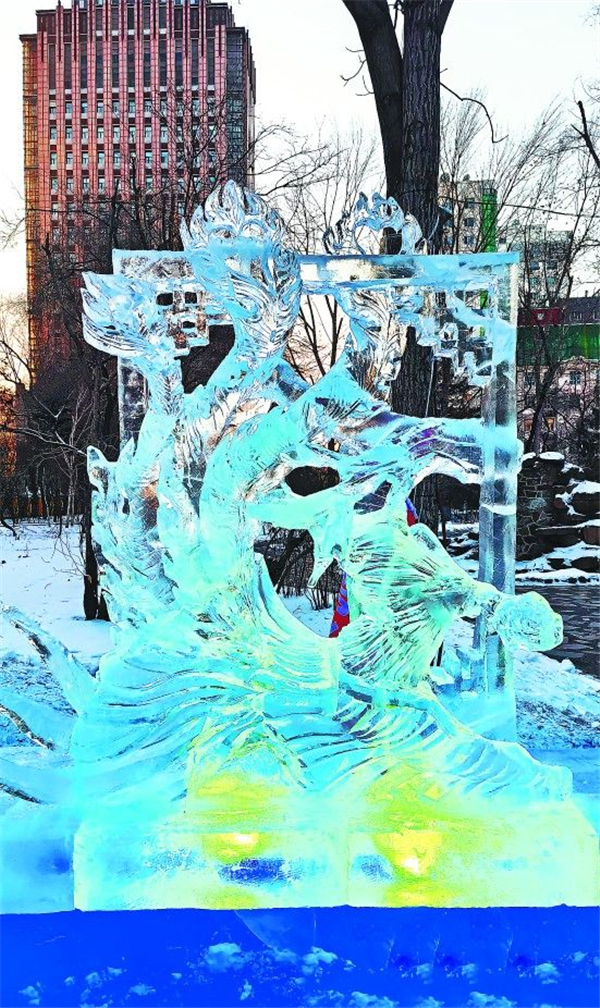 The second prize ice sculpture is lit up by vivid lights. [Photo/Harbin Daily] 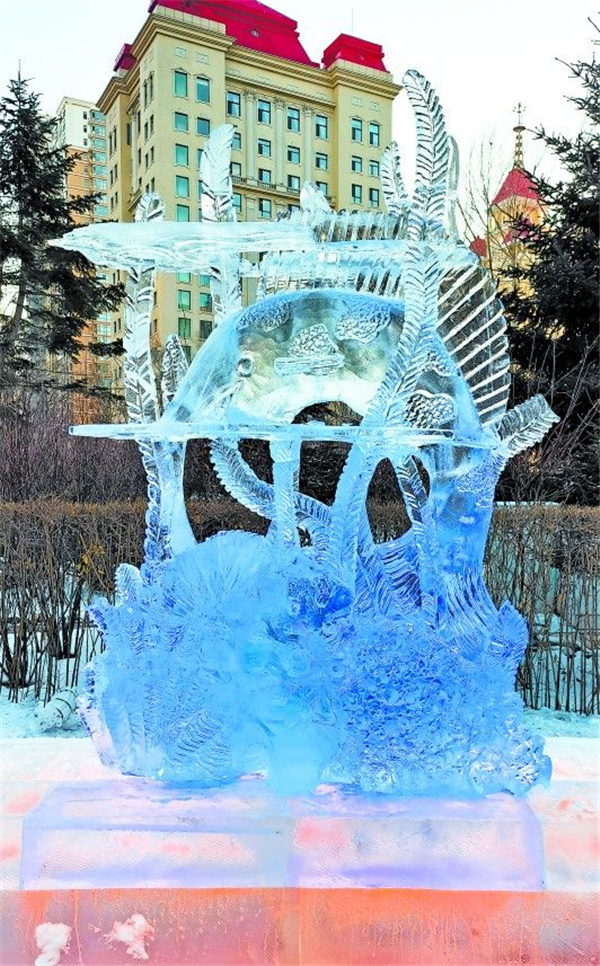 Another prize-winning ice sculpture creates interest when it is shown in Harbin Zhaolin Park. [Photo/Harbin Daily]