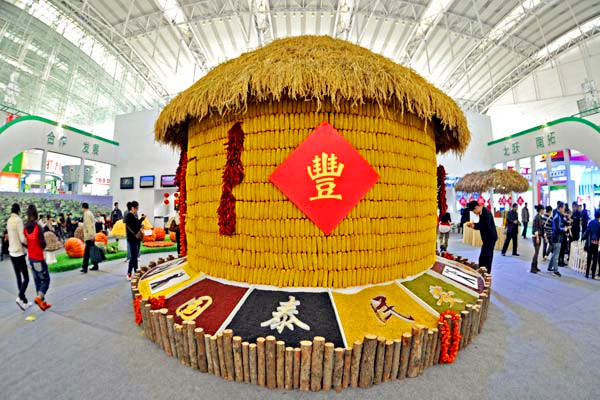 More Chinese cities as well as countries and regions overseas can enjoy green and organicfood produced in Harbin due to efforts by the city government to build a large modern foodstorage and distribution system.

It also signed a contract with Jiangsu Yurun Group, one of the leading food processingcompanies in China, to establish a global farm product procurement and cold-chain logisticscenter that will serve more than 80 distribution routes and have a daily handling capacity of300,000.

A 100,000-ton cold storage room and 50,000-square-meter in support facilities are now underconstruction.

Qian Hao, a regional general manager of the company, said many consumers in southern Chinaare especially fond of rice and other specialties from Heilongjiang, but the price is very highwithout direct distributing channels, so "our project aims to satisfy the market demands whilelowering costs".

Long a national agricultural base, the capital of Heilongjiang province is known for its conditionsto grow world-class rice, corn and soybeans due to its abundant water, beneficial weather andfertile black soil.

More than 90 percent of the city's farmland is organic-rich black soil.

The city government also made efforts to bring more real benefits to local citizens and increasethe income of farmers by helping supermarkets set up partnerships with local rural cooperatives.

A flagship store for local green food opened in April offering fresh high-quality fruit andvegetables with similar price charged in morning markets. The store manager said most of thecommodities are brought directly from farmers through the rural cooperatives to bypass allmiddlemen, so the price can be 15 percent to 20 percent lower than in other markets.

Large supermarkets such as Carrefour, Walmart and RT-Mart have also establishedcooperatives.

The initiatives have helped farmers increase their income by 30 percent, local officials said.

While the logistics chain continues to mature, farmers in Wuchang have already started at least400 online stores selling the area's famous rice.

Peng suggested that they should revamp their business model to O2O - online to offline – to attract even more clients.