Based on positive feedback from last year’s promotion, Harbin, capital of Heilongjiang province, will play the city’s promotional video on billboard-sized screens in New York City’s Times Square again to increase its popularity and influence abroad. 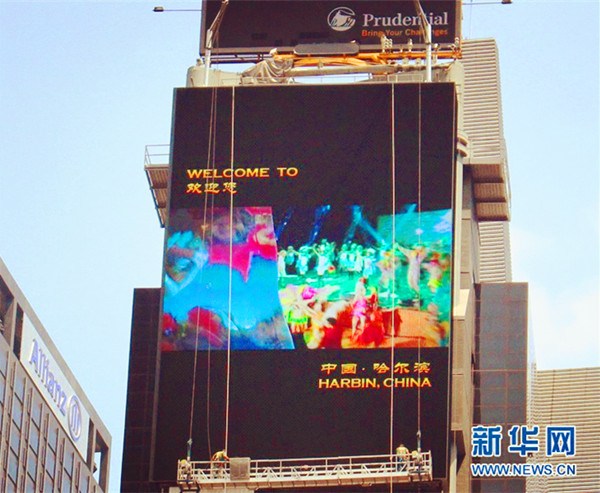 A video showcasing the beauty of Harbin, capital of Heilongjiang province, appears at the electronic billboards in New York's Times Square. [Photo/Xinhua]

With beautiful symphonic music as the background, the video features people energetically walking along the Songhua River. Flocks of eagles perch in the wetlands and exotic architecture lines Central Street, showcasing the beauty and vitality of a growing Harbin with unforeseen opportunities.

The 12-minute video was cut into 15-second pieces to be played over 70 times a day on the giant screens.

The video will play on the “Chinese Screen” in Times Square for 70 days and will display the different trademarks of Harbin to the world, including its characteristics as an “ice city,” “music city” and “summer capital.”

Famous for its Broadway theaters, cinemas and electronic billboards, Times Square in New York welcomes millions of international visitors a day and has been long considered "The Crossroads of the World."

"Show a charming Harbin to the world in Times Square will further enhance the international reputation, visibility and attractiveness of the city, and I believe it can exert great influence in promoting tourism development," said Wang Jing, institute director of tourism development in the Harbin Academy of Social Science. 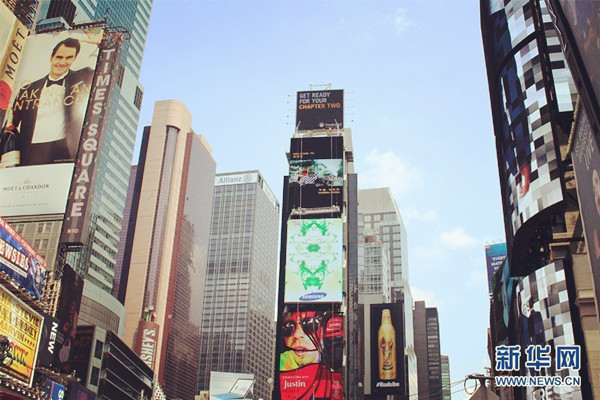 The Harbin city video plays among other billboards and advertisements at "The Crossroads of the World," New York’s Times Square. [Photo/Xinhua]