It aims at basically breaking bottlenecks in law enforcement, and plans to win the battle with concentrated energy and efforts within six months from June 1.

Shi Shitai, chief justice of Heilongjiang High People’s Court, said “Breaking the law enforcement difficulties” is a significant political task and also an issue of overall importance determined at the Fourth Plenary Session of the Eighteenth Party Central Committee. People’s courts at all levels in Heilongjiang will coordinate their efforts to pushing forward this task.

The provincial intermediate people’s courts shall foster a third-party evaluation index system, establish a pre-evaluation work plan, carry out pre-evaluation by means of self-assessment and cross-assessment, and conduct rectification if problems are found.

The public security organ and the procuratorial department shall work together to resolutely crack down on refusal of legally effective judgment enforcement, optimize the business environment, and safeguard the dignity and authority of the law and judiciary.

All provincial courts shall make concerted efforts to expose those people subject to enforcement but refusing to execute the judicial judgment, post lists of those people in enterprises, schools and communities, and squeeze their living space in society.

Courts at all levels shall work together to conduct more severe punishment, to strengthen links with related departments and put into effect the executive means and measures endowed by law.

Courts shall strengthen advocacy, and clarify that “enforcement failure” does not equate to “enforcement difficulty”, thus seeking people’s understanding and support.

The Thunderbolt Action will place greater emphasis on settling the following seven types of cases: cases supervised and handled by the Commission for Political and Legal Affairs of the CPC Central Committee and of the Heilongjiang Provincial Central Committee, the Supreme People’s Court and the Heilongjiang High People’s Court; cases left unsettled involving over 100 million yuan; cases closed from 2016 to the end of 2018; cases involving government officials, deputies to the NPC, members of the CPPCC and civil servants; cases concerning military matters, people’s livelihoods, State-owned enterprises and finance; cases concerning petitions to Beijing or Heilongjiang province and involving collective, repeated or unusual petitions; as well as cases not closed inside the legal time limit.

Heilongjiang High People’s Court will make intensified efforts to push forward standardized operation and to crack down on refusal of legally effective judgment enforcement, so as to enhance working efficiency in an all-round way.

After the launching ceremony, Heilongjiang High People’s Court issued 654 million yuan to five executors and publicized a list of people subject to enforcement but refusing to execute the judicial judgment. Within three weeks from June 1, it will intensify efforts to fight against refusal of law enforcement, money delivery and collaborative execution, pushing the Thunderbolt Action to a climax. 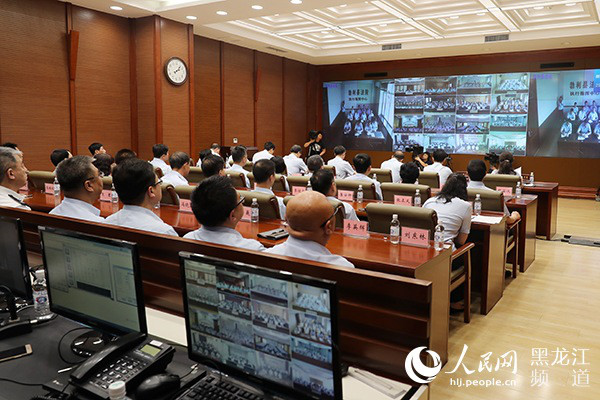 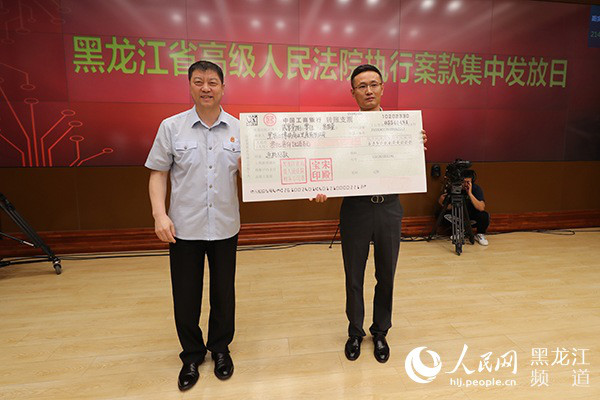