Heilongjiang continues to strive for new breakthroughs in food security

Heilongjiang province will continue to strive to make new breakthroughs in the overall revitalization and improve its strength in safeguarding food security, Shen Ying, deputy governor of the province said on Tuesday at a news conference that was held in Beijing during the 20th National Congress of the Communist Party of China.

"We will stick to China's northernmost region and try to write a new chapter of building a modern socialist country in all respects."

Over the past decade, Heilongjiang has optimized and upgraded its industrial structure to develop a new pattern.

The province, which is home to many major industrial companies, including China First Heavy Industries, Harbin Electric Corporation, and Daqing Oilfield, is now also focused on four particular sectors: the digital economy, the biological economy, the winter sports economy, and the creative design economy, according to Shen.

With a border line stretching almost 2,981 kilometers with 27 national first-class ports, the province will take full advantage of its important status opened to the north and will form a new pattern of all-around opening-up, she said.

In 2021, Heilongjiang saw a grain harvest of more than 78.6 million metric tons, achieving the output of over 75 million tons for the fourth consecutive year, she said, adding that the province leads the country in total grain output, quantity of grain commercialization and amount of grain transfer.

With its pristine environment and one of the world's largest black soil zones, Heilongjiang is the country's largest center for the cultivation of rice, corn and soybeans.

"Heilongjiang has promoted its agricultural modernization and has achieved a 98 percent mechanization rate on arable land," said Shen. "We will continue with effort to develop the province's brand awareness and high-tech, green, high-quality agriculture in the future." 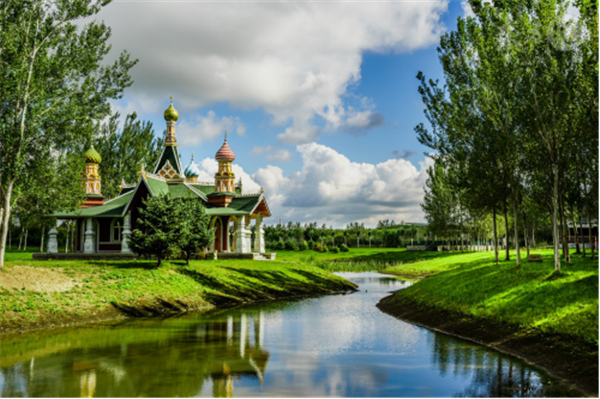