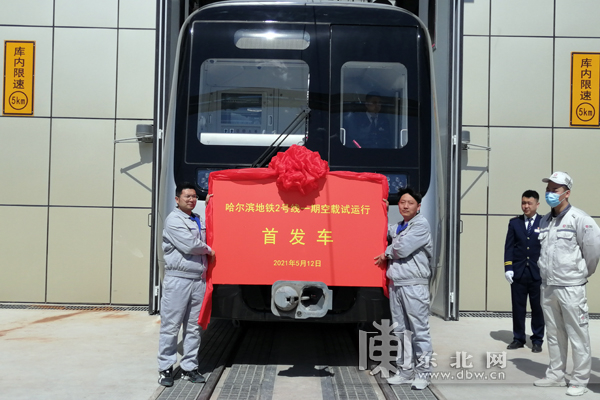 Residents in Harbin, the capital city of China's northernmost Heilongjiang province, will enjoy enhanced transportation convenience in the near future.

The first phase of the new metro line 2, which is currently being developed in Harbin, officially started no-load trials on May 12.

The trials are scheduled to last for three months, until August.

The metro line will be the backbone of Harbin's rail transit network from north to southeast, connecting the areas along the southern and northern banks of the Songhua River.

The line has a total length of 28.7 kilometers, with 19 underground stations along the line.