A Harbin sports meeting for workers in 2013 opened in Harbin Institution of Technology stadium on July 6. About 12,000 employees from all walks of life in Harbin took part in the opening ceremony.

A total of 58 trade unions, 174 basic units attending the sports meeting and 81 teams took part in the phalanx review. Some 3,286 workers, most of whom are front-line employees and migrant workers, will participate in 60 items including track and field, tug of war and other interesting items. The sports meeting is one of the largest since the 1950’s. 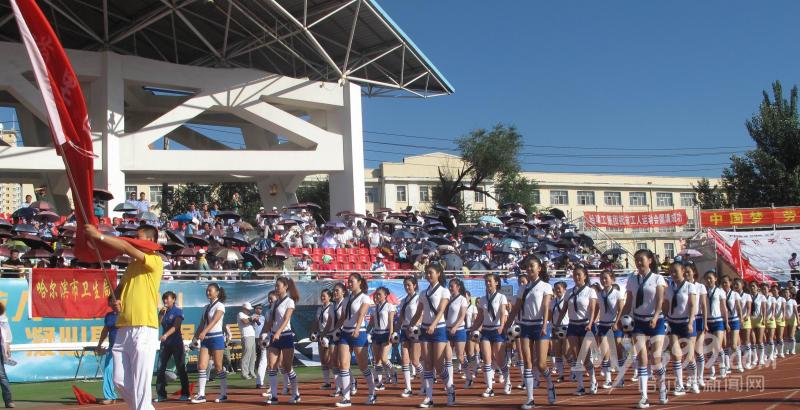 The procession of a Daoli district trade union was composed of nearly 60 kindergarten teachers with small footballs in their hands.