Nineteen Chinese and overseas couples - from Australia, Beijing, Shanghai, Ningbo and Heilongjiang province - tied the knot in a group wedding in Harbin on July 21.

The couples walked through a floral archway as confetti made from petals were thrown. Harbin city officials, Wang Tieqiang and Xie Yinglong, attended and were witnesses at the ceremony. The newlyweds then sat down to enjoy the reception, and later took a cable car above the Songhua River to enjoy the summer wetland landscape. They posed for photos on Sun Island and then headed to the 100-year-old Central Avenue, where they wrote down their wishes, such as “2013 love me forever”, on a scroll. 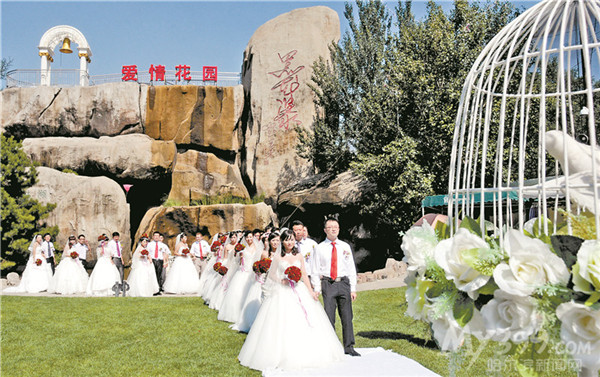