Splendid melodies filled the air of Harbin Engineering University as the 32nd China Harbin Summer Music Festival kicked off on Aug 6 in the capital city of Northeast China’s Heilongjiang province.

Officials from the Ministry of Culture and local government spoke at the opening ceremony.

“With the hope of integrating professional performances with mass cultural activities, this event has been upgraded each year to meet the spiritual and cultural demands of the people,” said Dong Wei, deputy minister of culture.

Dong further said music events by the people and for the people will always thrive in Harbin.

“Harbin had the earliest access to European classical music. It also is home to China's oldest symphony orchestra, the Harbin Symphony Orchestra. As the only city in Asia awarded the title of ‘Music City’ by the United Nations, Harbin attracts musicians from around the world every year,” said Harbin Mayor Song Xibin in his welcome speech.

Song added: “Established in 1961, the China Harbin Summer Music Festival has become an international music festival, a charming feature of our city. Thanks to support from all circles, the event will continue to share music with people around the world, promoting our beautiful image as the Ice City.”

After the opening speeches, a symphonic concert, “The Imagination of Musical Harbin”, kicked off the festival’s extraordinary performances. 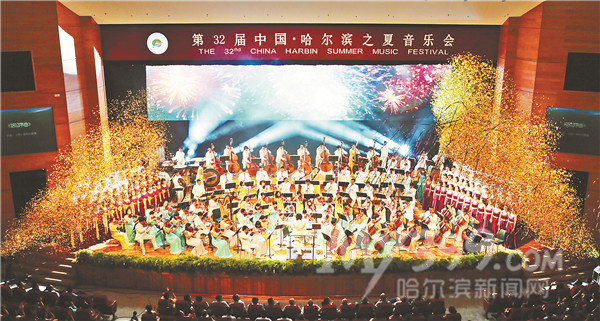 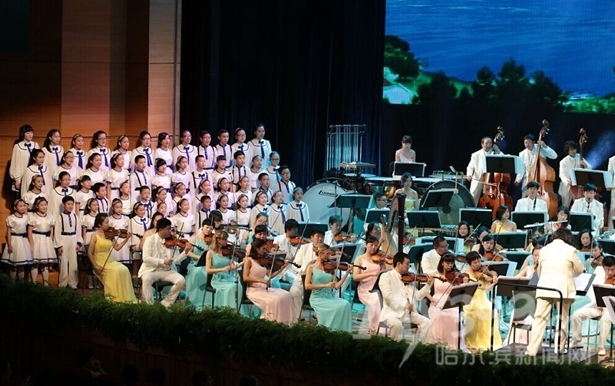 A children’s chorus performs Song and Smile at the opening ceremony of the 32nd China Harbin Summer Music Festival at Harbin Engineering University on Aug 6. [Photo/my399.com]