In order to provide a healthy living environment for residents, Harbin’s Xiangfang district repurposed a local garbage dump by reconstructing the site into a theme park.

Thirty-six pavilions were constructed to resemble well-known Chinese pavilions, such as Joyous Pavilion in Beijing and Zuiweng Pavilion in Anhui. The park is the largest pavilion-themed park in the whole of China.

Cultivating landscape on previous garbage dumping sites is extremely difficult. After improving the soil and surroundings, vegetation with strong stress resistance from northeastern China were planted, further degrading harmful substances in the soil and purifying the air.

The construction of the park is a successful example of promoting traditional culture, saving land costs and turning waste into treasure. The park has also brought additional employment and tourism growth to the district. 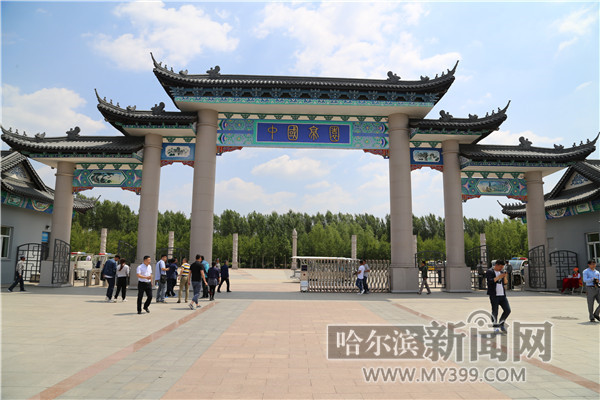 Bridges are a feature of the park. [Photo/my399.com]