The 2017 WIC Harbin Jiande Marathon Cup was held in the capital city of Northeast China’s Heilongjiang province on July 15, as part of a move by the city to encourage mass participation in sport.

The world-class event invited some 3,000 skaters to Harbin to display their skills and share experiences. In addition, another 64 professional athletes from 23 countries and regions gathered in the city to compete for medals, including skaters from France, Germany, Italy and Spain.

The whole event was divided into 17 competition groups with a 42-kilometer race, an 18-km race, a 12-km race and the 3 to 6-km races, according to the head of the organization committee.

“Roller skating originates from skating in winter, but it has less strict venue and equipment requirements than skating,” said the chairman of the European Roller Skating Association.

Harbin was chosen as the host city for the event due to its ideal climate. Located in the high latitude of the Northern Hemisphere, Harbin experiences freezing weather for around six months each year, providing excellent conditions for winter sports such as skating.

China aims to encourage mass participation in winter sports, and the country was approved as the host site of the 2022 Winter Olympics, according to Gu Weifeng, director of the professional committee of the China Roller Skating Industry. A race begins at the 2017 WIC Harbin Jiande Marathon Cup in Harbin on July 15. [Photo/Chinanews.com] 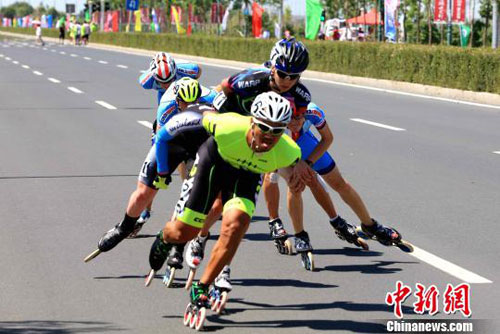 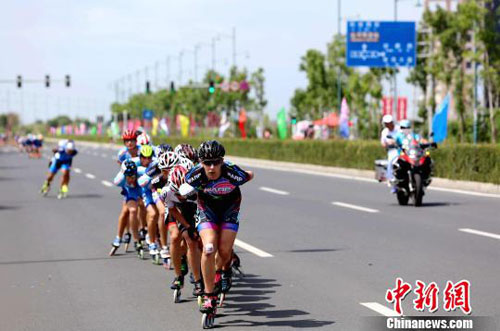