A feast of French food was cooked up by Michelin-starred chefs in Harbin from July 28 to 30, providing local residents with a great opportunity to enjoy authentic delicacies without having to go to France.

The team of chefs from AZUR “Gathering” Restaurant –– operated jointly by Beijing Shangri-La Hotel and Mauro Colagreco (a Michelin-starred chef from Argentina) –– cooked French food with seasonal vegetables and fruits on the viewing platform of Harbin Shangri-La Hotel on July 28 and 29.

Chef Mauro Colagreco also opened a cooking course for people to learn how to cook French food at the hotel on July 30, giving Harbin residents the chance to sample the cooking process before enjoying French dishes.

Mauro Colagreco, a famous Argentinian Michelin-starred chef of Italian descent, first opened his own restaurant –– Mirazur –– in Menton, France in 2006. In 2009, the Michelin-starred restaurant was listed among the world’s top 50 restaurants, and by 2017 Mirazur was ranked in fourth place.
The French cuisine activity was part of a promotional activity by Shangri-La Hotels which has also been held in Tianjin, Shenyang and Changchun. 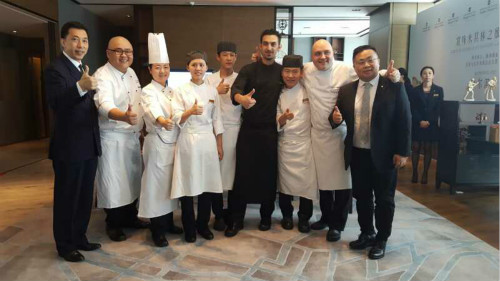 The chefs from AZUR “Gathering” Restaurant pose for a group photo at Harbin Shangri-La Hotel in Harbin city. [Photo/China Daily] 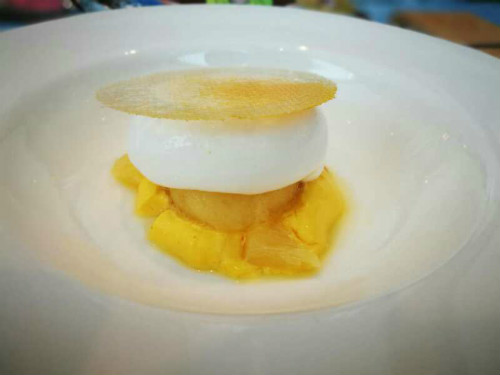 French cuisine cooked by the team of chefs from AZUR “Gathering” Restaurant in Harbin. [Photo/China Daily]

French cuisine cooked by the team of chefs from AZUR “Gathering” Restaurant in Harbin. [Photo/China Daily]