The opening ceremony of the second China-Russia culture and art festival held in Harbin, Heilongjiang province was broadcast on CCTV 3 on Aug 12.

The ceremony was held at Harbin Grand Theater on Aug 5, with around 300 artists from China and Russia performing singing and dancing.

The second China-Russia culture and art festival took place from Aug 5-12 in Harbin, to promote cultural exchanges between the two countries.

The Song of Friendship between China and Russia was composed in 1999, and once performed in honor of the 60th anniversary of the founding of the China-Russia Friendship Association.

“Harbin was awarded the title of ‘Music City’ by the United Nations, and the performances at the opening ceremony illustrated that best,” said Xue Suli, a celebrated violinist.

“We bring authentic Russian dancing to Harbin, meanwhile, we enjoy performances with Chinese characteristics; this is real cultural blending,” said the director of the Russian dance troupe.

Russian media representatives in China were also invited to attend the opening ceremony.

“It is amazing to enjoy Russian dancing in Harbin, and this is my first time to see a performance blending Chinese martial arts and dance,” said one of the representatives.

“The event advances friendship and cultural exchanges between our two countries.” 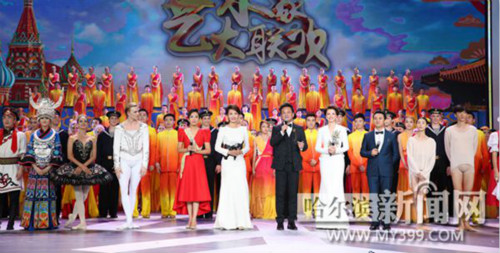 The opening ceremony of the second China-Russia culture and art festival is held in Harbin, Heilongjiang province on Aug 5. [Photo/my399.com] 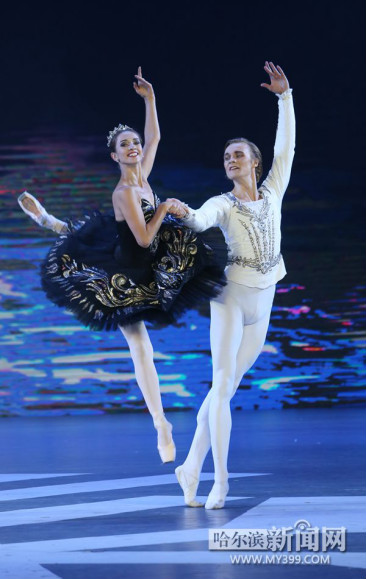 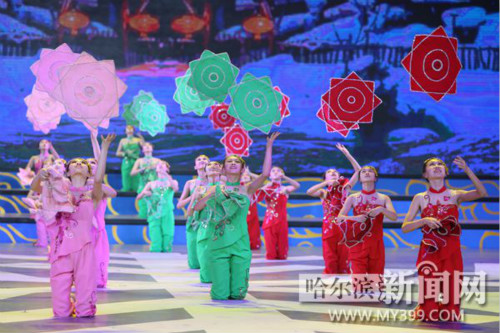