The annual harvesting of ice started on Songhua River in Harbin, Northeast China’s Heilongjiang province on Dec 3, in order to supply the country's biggest winter gala –– the Harbin International Ice and Snow Festival, which will take place around a month later.

Nearly 1,000 men have been deployed to work a 16-hour day collecting the ice, with the workers carve out blocks of ice measuring 1.6 meters by 0.8 meters, with each weighing over 500 kilograms. The work involves over 10,000 cubic meters of ice a day.

Around 180,000 cubic meters of ice will be cut and delivered to Harbin Ice and Snow World, where they will eventually be made into ice sculptures to entertain tourists during the festival.

To guarantee the quality of the blocks of ice, four out of the 10 ice collection sites on Songhua River have been chosen due to the transparency and cleanliness of the ice in those areas, said Wang Zengyu, deputy manager of Harbin Ice and Snow World.

Work on the ice sculptures has already begun with the collection of blocks of ice. Harbin Ice and Snow World is expected to open to the public in late December. 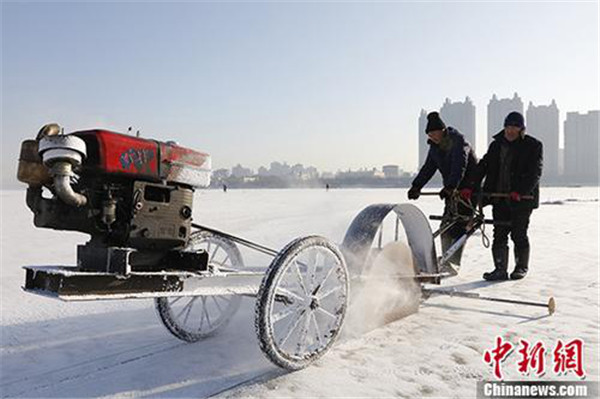 Two workers use an electric saw to cut the ice into blocks on the frozen Songhua River, Dec 3.[Photo/Chinanews.com] 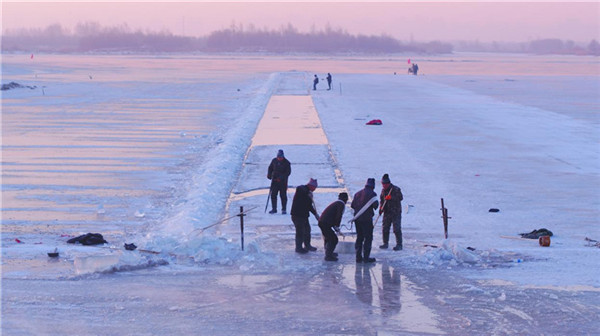 A block of ice, measuring 1.6 m by 0.8 m and weighing around 700 kg, requires two workers to pull it out of the water.[Photo/China.com.cn] 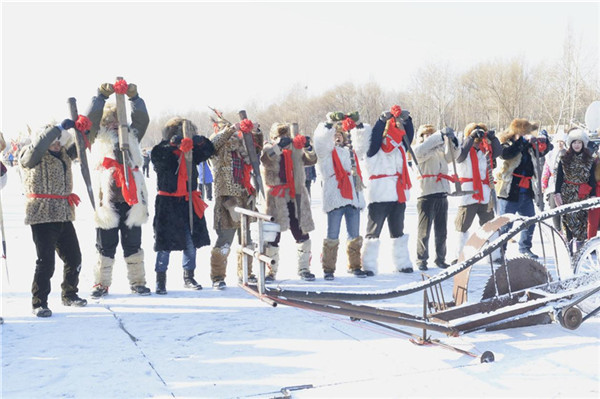 Workers pictured on the frozen Songhua River as they break blocks of ice on Dec 3.[Photo/China.com.cn] 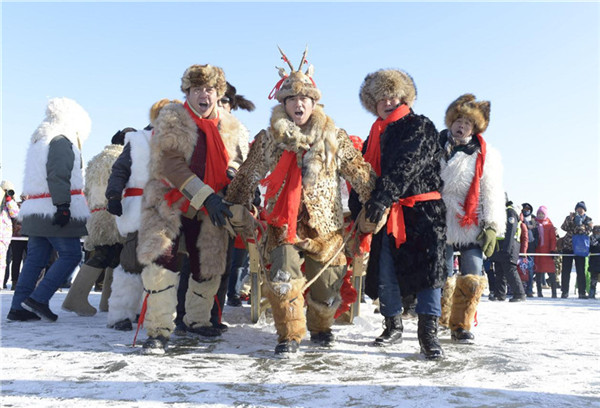 Workers deliver blocks of ice to vehicles by using a trolley.[Photo/China.com.cn] 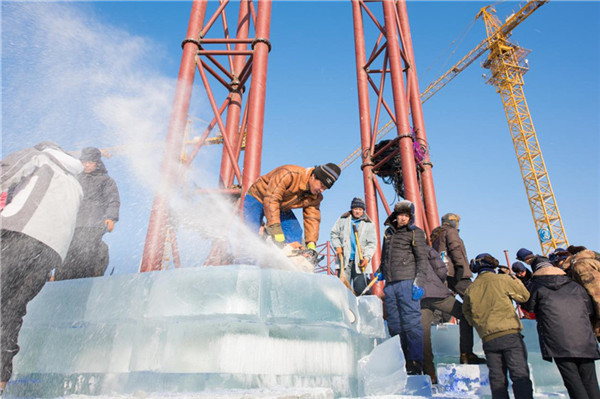