Officials said it was an important milestone for Gerber to achieve increasing localization in China and it demonstrated parent group Nestle's great confidence and firm commitment to the Chinese market.

Gerber is well-known for its infant supplement foods, with the many sub-categories including infant cereals, fruit and vegetable puree and puffs that are popular among Chinese babies.

The new production factory in Shuangcheng received an investment of 100 million yuan ($14.2 million) and will produce Gerber’s star products, with a total of organic and regular foods in eight flavors.

Officials said the factory is equipped with high-tech automatic equipment, including fully automated canning and packaging lines imported from the UK, US and Switzerland. It has an annual production capacity of about 1,400 tons.

The cans and flexible packaging used for the products are 100 percent recyclable, reflecting the Swiss parent's commitment to sustainable development.

“The raw rice used by Gerber Nutripuff comes from Songnen Plain in Heilongjiang province, an area with abundant sunshine and significant temperature differences between day and night.

“Akitakomati rice is watered by the Nenjiang River and cultivated with organic planting methods, and it was recognized by China as organic food.

The rice is sent to the Gerber factory for processing within 24 hours after initial extraction form the rice fields, to ensure it retains its nutritious value.

“It is not the first time Nestle has invested in Shuangcheng.” said Binu Jacob, senior vice president of the Infant Nutrition Business Unit for Nestle Greater China.

Nestle built its first factory in China in Shuancheng district in 1987 -- at the beginning of China’s reform and opening-up -- which produces milk powder, cereals and infant formulas.

Over a 32-year period, the corporation says it has promoted the sustainable development of the local agriculture and farming communities in Shuangcheng through its “company plus farmers” model.

To support and promote the transformation and modernization of China’s dairy farming industry, in 2014, Nestle invested in the construction of a Dairy Farming Institute -- or DFI -- in Shuangcheng.

Nestle’s Pierre Francois said, “To date, the DFI has conducted more than 280 training sessions to educate more than 10,000 students, including dairy farmers, technicians, and college students in related fields.”

He added that in the future, Nestle will continue to provide more development opportunities for society and effectively promote large-scale benefits and sustainable development with local farming and animal husbandry. 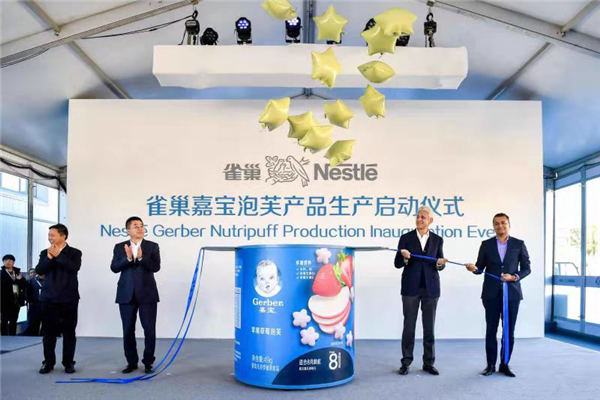 There is clear excitement at the opening ceremony of the Nestle Gerber Nutripuff factory. It was held in the Shuangcheng district of Harbin, in Northeast China’s Heilongjiang province, on Oct 31. [Photo provided to chinadaily.com.cn] 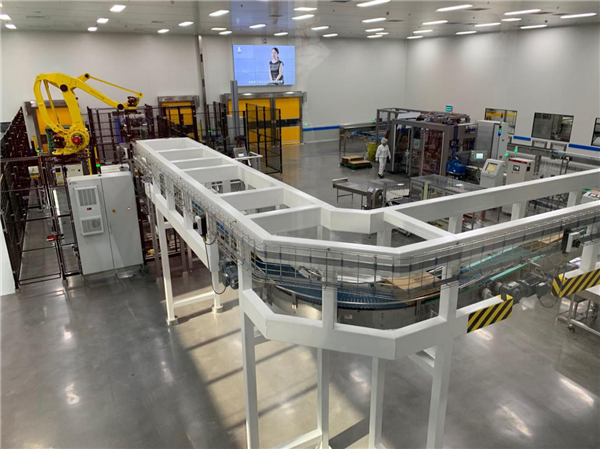 The production line swings into gear at the Gerber Nutripuff plant in the Shuangcheng district of Harbin in northeastern Heilongjiang province [Photo provided to chinadaily.com.cn] 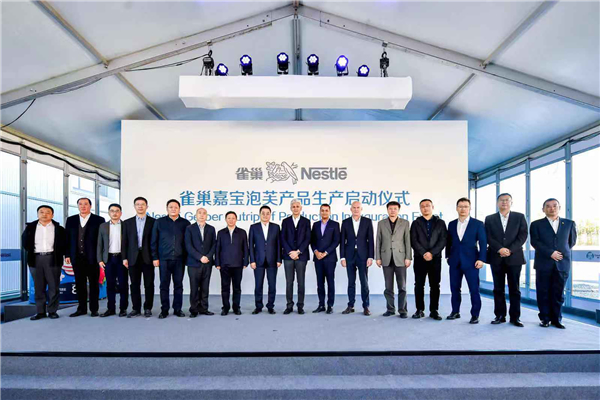 Government officials and representatives from Swiss group Nestle pose stand proud at the opening ceremony of the Gerber Nutripuff factory in Shuangcheng district on Oct 31. [Photo provided to chinadaily.com.cn]