Harbin, capital city of Northeast China’s Heilongjiang province, will be developed into a global commercial remote sensing satellite base and an aerospace big data industrial base, local officials said.

A signing ceremony between the government of Daoli district in Harbin and Beijing Suyoo Science and Technology Co and Shenzhen Zhongkexingqiao Aerospace Data Technology Co was held in Harbin on Dec 7.

Under the terms of the contracts, a satellite base will be built in Harbin.

Officials said the base -- as one of the core nodes in the global commercial remote sensing satellite ground receiving station network -- will become an important platform for the development of aerospace big data application services in Northeast China.

They said it will lay a solid foundation for the aerospace data sector and for building a regional-level big data center.

It will also provide scientific, efficient and real-time air-space big data support for the integrated development of the air, space and ground industries and the construction of a smart city.

Officials said the construction of the satellite facility is in line with the National Medium and Long-term Development Plan for Civil Space Infrastructure (2015-2025).

In addition, an International Aerospace Big Data Industrial Park will be established in Harbin to serve as the driving force for the “Digital Harbin” project.

The industrial park will cover an area of 13 hectares, with the construction of the International Aerospace Big Data Trading Center, an academician workstation, a national laboratory, an aerospace big data enterprise headquarters and a Youth Science Education Base.

It has received an investment of 3 billion yuan ($426.4 million) from its backers.

After the completion of the industrial park, more than 50 companies in the aerospace data field, from at home and abroad, will locate there.

Officials said that on the same day, a nameplate unveiling ceremony for the Northeast Asia Aerospace Big Data Resource Research Academy was held. 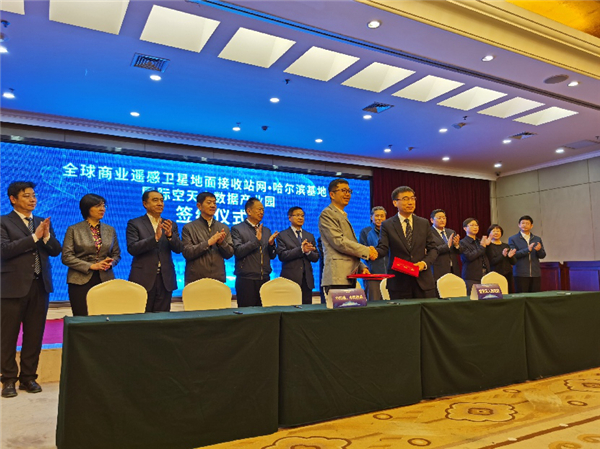 A signing ceremony between the government of Daoli district in Harbin and Beijing Suyoo Science and Technology Co and Shenzhen Zhongkexingqiao Aerospace Data Technology Co is held in Harbin. [Photo/Xinhua] 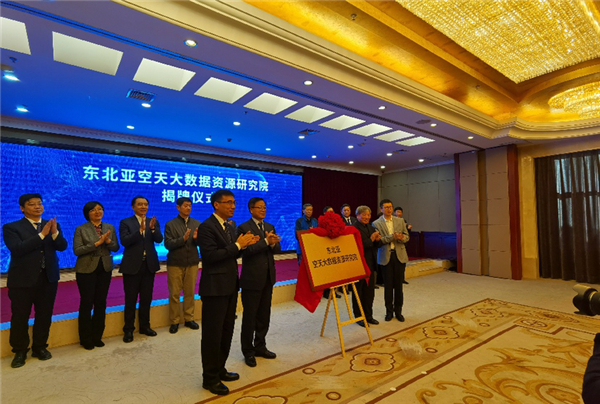 A nameplate unveiling ceremony for the Northeast Asia Aerospace Big Data Resource Research Academy gets under way in Harbin on Dec 7. [Photo/Xinhua]