Footprints in the snow 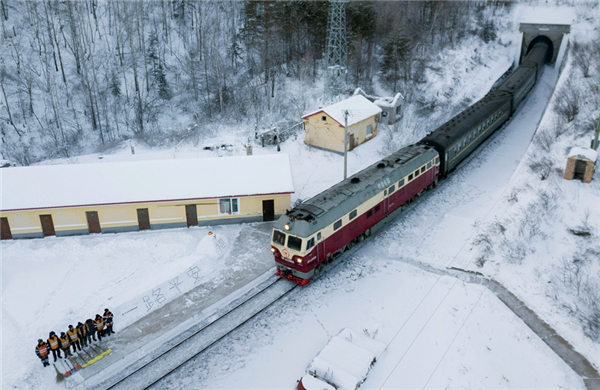 On Jan 8, the staff of the Xiluoqi maintenance team in Tahe county, Heilongjiang province, carried out work at the 497 kilometer junction of the Nenjiang-Greater Khingan Forest Railway.

Affiliated to China Raiway Harbin Group's Jiagedaqi construction section, the Xiluoqi team is responsible for some of the toughest maintenance work deep inside the most frigid reaches of the Greater Khingan Mountains, where winter temperatures hover below minus 30 C. This remote section of the line can only be reached by train, and no traces of human habitation can be seen for as far as the eye can see.

The 10 staff members here are in charge of maintaining 11.2 kilometers of railway, including a 1,160-meter-long railway tunnel to the "Arctic" Mohe, Xiluoqi Ridge No 2 Tunnel, which is the entrance to the Nenjiang-Greater Khingan Forest Railway thoroughfare.

The living and working conditions here are so harsh that the team can only reach their points on foot, carrying all the tools they need-hammers, shovels, pickaxes and wrenches-to clear snow banks and tunnels and to repair frost damage. Over the course of four hours, they make several trips delivering equipment and cover nearly 13 kilometers by following their own footprints in the snow beside the railway tracks. There is no mobile phone signal in the mountains. The staff have to use a railway phone in the maintenance zone to communicate with the outside world.

There are no fixed meal breaks, but instead the team grab a bite of hot food after they return to their bunks-perhaps the warmest moment of the day. In the face of steep mountains, bitter cold and heavy snow, the Xiluoqi maintenance team tenaciously guard the access to and safety of this remote stretch of rail line. 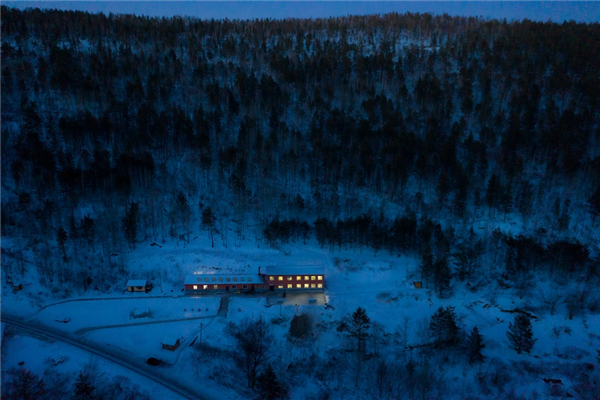