A total of four technology demonstration satellites were lifted into space by the rocket, which blasted off at 5:07 am.

They are tasked with demonstrating and verifying new technologies for data transmission between satellites as well as Earth observations, the space contractor said in a statement.

The launch marked the country's fourth spaceflight in 2020 and the 326th mission for the Long March rocket series.

Of the four-launched satellites, the E satellite was developed and built by the Harbin Institute of Technology, or HIT.

The project is of great significance for expanding new Earth observation techniques in China.

It is also the 20th satellite successfully developed by the Harbin Institute of Technology, following the Shiyan 1, Kuaizhou 1, Jilin 1, Zidingxiang 1 and the Longjiang 2 series of satellites.

Officials said that currently the E satellite is operating well and the various tasks are being carried out as planned.

They said its launch marked another major landmark project for Harbin Institute of Technology in the field of aerospace. 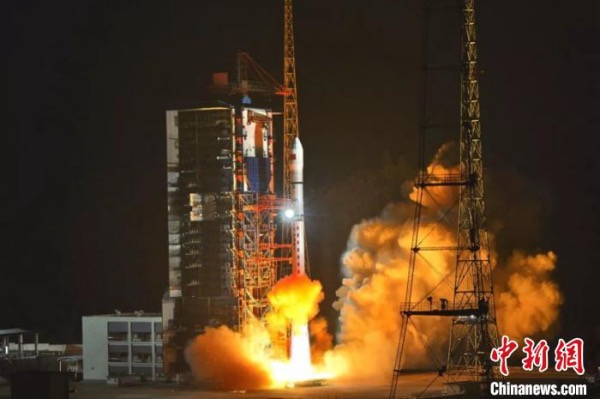